Book Blast and Giveaway. Author is giving away $10.00 Amazon Gift Card, One signed autograph copy and one ebook copy of When Ice Melts. 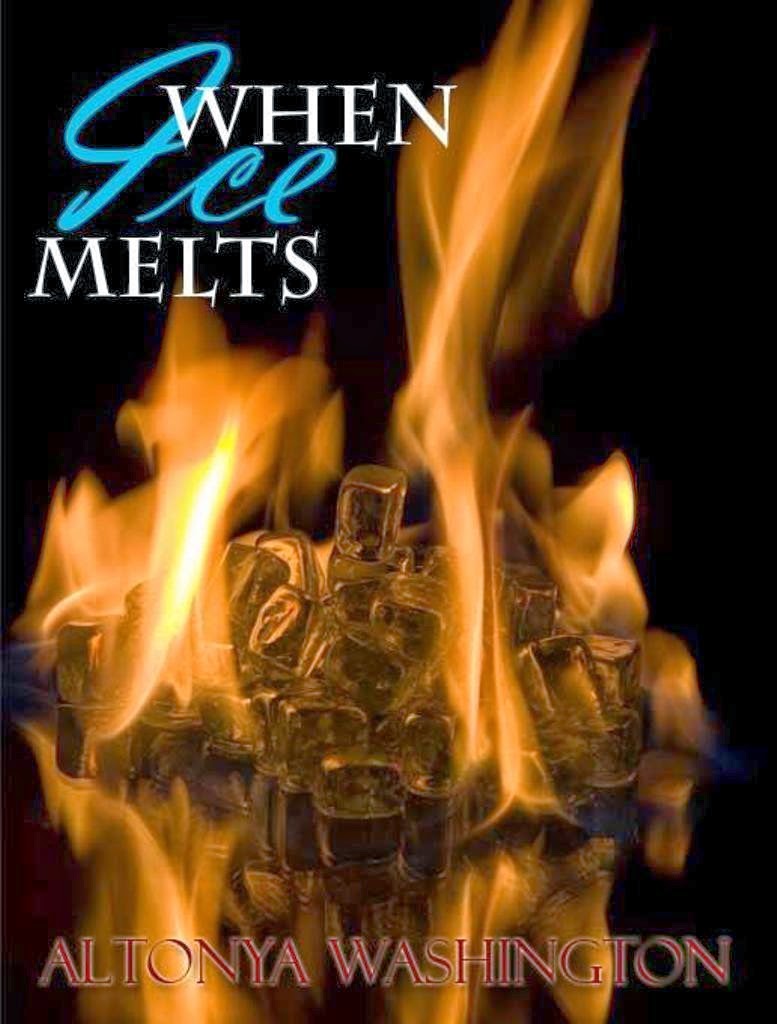 Icia Graham’s love affair with Rakim Transou had the makings of a fairy tale romance with the happily ever after ending, until the night of Rakim’s college graduation party. For Icia, it was the night her life was forever changed. So desperate to escape the horrific memories she’d suddenly been saddled with, Icia left school and the man she loved. The years passed and; in that time, both Rakim and Icia reached goals that carried them to the heights of success. For Rakim it was a powerful advertising agency that brought him a respected and revered name in the business. Icia’s accomplishment was a bit darker, but no less revered and she had no desire to revisit the past and be tortured by thoughts of love lost with the only man she’d ever wanted. A series of events however, would bring Icia right back to where she swore she’d never return. Once more Rakim Transou was back in her life and she was simultaneously overjoyed and distraught. How could she start anew with the man who still meant everything to her, when there were so many secrets between them? When the need for vengeance on those; who were still very much a part of Rakim’s life, still raged so viciously inside her?

Al Tonya has been a published romance novelist for 10 years. In 2013, her Harlequin Kimani novel "His Texas Touch" won the Romantic Times Magazine Reviewer's Choice Award for Best Series Romance of 2012. In addition to being an author, AlTonya also works as a college Reference Librarian. Writing as T. Onyx, AlTonya released her latest erotica "Ravenous: Ruler of Perfection II" in 2013.

Her newest title with Harlequin Kimani is "Provocative Passion" nominated for an Ovation Award for Outstanding Interracial Romance and the sequel to the January 2013 release "". In November she will release "A Lover's Debt", the 17th title in the Ramsey Tesano saga.

"Here you go, Val," Rakim Transou was saying to his assistant as he signed the last of the three contracts on his desk. "I don't have time, man," he grumbled to his Vice President.

Charles 'Cory" Henderson shook his head at his boss and best friend, before perching his lean body on the edge of the desk. "You need to think about this, Kimm."

"Is that it, Valerie?" Rakim sighed, pleased to see his mound of work slowly dissolving.

Val scanned the documents and smiled. "That's it," she sang and headed out of the office.

"Kimm, what's the point of owning this place if you're not gonna have fun runnin' it?" Cory asked, once Val was gone.

Rakim ran both hands over his soft, close-cut hair. "The last thing I need to do is waste my day looking at pictures."

"Of models," Cory pointed out, smiling devilishly. "Do you know how stress-relieving that can be?"

Rakim groaned. "Here we go," he said, leaning back in his leather swivel chair. "You know I get tired of you telling me how sad my life is. If I hadn't been focused on business all these years, you wouldn't be working for one of the most successful ad agencies in the country."

Cory nodded, familiar with the speech. He cleared his throat and braced his hands on top of the polished cherry wood desk. "And given that you own one of the most successful agencies in the country, why can't you have some fun?"

"I can live with that," Rakim easily replied, focusing his attention on the appointment book lying open on the desk.

"I give up," Cory mumbled and walked out of the plush, twentieth floor office.
Alone, Rakim allowed the facade to fade. He massaged the bridge of his nose, then opened the bottom desk drawer and pulled a tattered envelope from the back. The expression was fixed, intense on his handsome, dark-chocolate face. His gaze was riveted on the contents of the note he knew by heart.

Rakim, I'm so sorry I couldn’t be there today. Something's happened and I have to leave. I'll be changing schools. Don't try to find me. My parents won't tell you anything. I hate doing this to you, but I can't see you again.  I just can't. I do love you-so much. It's really better like this. I love you, but if you hate me now, I understand.  .

As usual, once Rakim finished reading the letter, he pressed the page to his nose. He swore he could still smell her perfume clinging to it.

The relationship they shared had been so right. She was everything to him and he trusted her with his life. When he walked into his bedroom the afternoon of the graduation, his entire world changed. He found the note lying in the center of the bed. Icia Graham had taken anything else that would have reminded him of her-including all the pictures. The brief letter provided no answers. It was most effective; however, in helping him lose his temper. Rakim grunted as he remembered the way he demolished the house. Cory and Fred had been so spooked by his mood that they left him alone for a week.

Just then, Cory's earlier comments filtered his mind. He had completely buried himself in work after Icia left. He took the job he'd been offered in and worked there while obtaining his Masters degree. Afterwards, he went back home to and put everything he had into building his company. Now, The Transou Agency was respected by its competitors and clients alike.


Of course, Rakim acknowledged that his private life may have suffered. Not that there weren't women. There had been several. Unfortunately, he only had to be in the relationship for a matter of months, before he began to compare his companion to Icia. Not even that flaw could keep the women away, though. Rakim Transou's good looks seem to intensify with age. He stood well over six feet and had been blessed with a flawless deep chocolate complexion and the type of lean, muscular frame that flattered everything he wore. The thick, curly afro he used to sport had been trimmed to a close-cut fade. The style only enhanced his pitch, deep-set eyes and sleek brows. His wide mouth was made more enticing by the set of double dimples which appeared whenever he spoke or smiled.
Posted by Vivienne Diane Neal at 1:00 AM