5 Key Benefits of Being Single 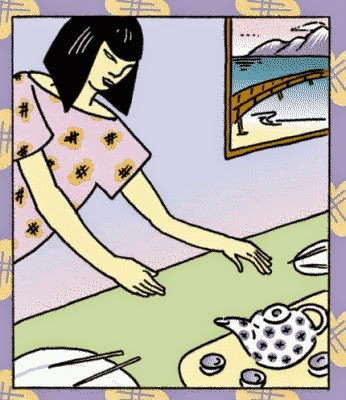 Married life has its benefits, not the least of which is creating a family to carry-on your lineage. But while married couples are quick to point out the advantages of exchanging vows, single life carries its own benefits, too.  Ultimately, whether or not to tie the knot is up to you, regardless of how outsiders view your single status, but before you take the leap, consider some of the key benefits of staying single.

Freedom of Movement - For people who don't like to be tied down, marriage is not the best approach to achieving happiness.  Single men and women have unlimited mobility, enabling them to pursue employment and other far-flung opportunities, which can be limited by a partner's inability to do the same.  While couples do find success compromising and establishing mutually beneficial living arrangements, one partner or another always gives something up to make it happen.

If you are adventurous, anticipating extensive travel or other frequent moves; consider staying single for the freedom and flexibility it furnishes.

Decision-Making Autonomy - Just as travel and residential decisions are shared between married couples, other important considerations also require input from both sides of a married equation.  Single folks, on the other hand, make most of their major life's decisions independently, unencumbered by divergent opinions held by their spouses. And even minor everyday outcomes are orchestrated with the utmost autonomy.  Who, what, where and when are each decided according to a single person's desires, rather than relying on compromises made between a husband and wife.

Self-Actualization - Being your best self requires flexibility and the ability to respond to shortcomings in real-time.  Too often, self-improvement takes a back seat to the new entity created by marriage, standing in the way of personal progress for the individuals involved.  Single life doesn't bear the same hallmarks, instead enabling selfish pursuits, which help individuals realize their full potential at work and in other settings.  There is only room for one at the top of Maslow's Hierarchy of needs, so self-actualization comes more naturally to single people, who are not pulled off-course on their way toward personal fulfillment.

Accountable to Yourself - Marriage brings added pressure and accountability, which are not as pronounced among single men and women.  While you probably strive for positive outcomes, regardless of your marital status, failure takes on a different complexion when you are accountable to your spouse.  Single people fail in business and personal life, without fear of far-reaching consequences capable of interfering with another individual's well-being.  Couples, on the other hand, are tied to the actions of one another, each possessing the capacity to sink the ship.

Financial - Double-income families bring more money to the table than single individuals, in many cases, but the flow of cash in the other direction is often enough to cancel-out the dual-income benefit.  Single members of society make spending decisions without having purchases approved by committee, establishing a tangible relationship between the money they earn and the things they buy with it.

Being single is sometimes viewed as simply not having met the right mate yet.  But there are benefits to staying unwed that many singles recognize.  , autonomy and personal accountability are a few of the benefits single men and women cling to, furnishing a clear upside to single life.

Author Bio: This is a guest post by Sarah Brooks from best people search. She is a based freelance writer and blogger. Questions and comments can be sent to brooks.sarah23@gmail.com.
Posted by Vivienne Diane Neal at 1:00 AM

Nice post. However, after several years of enjoying independence and autonomy, you crave for constant companionship too, someone to call your own, to love and to be loved. I'm a romantic soul.