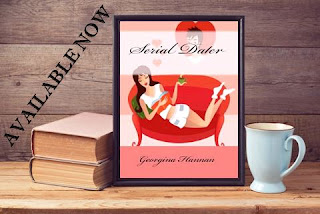 Anna is under thirty, beautiful and owns her own editing company – so why is it so hard for her to get past the first date?


Anna loves the thrill of the chase and is fast becoming a serial dater. However her work pressures and her waiving faith in love have made her narrow her dating down to just one a week – will that help her focus on the men and find one who captures her interest? Or will the men continue to disappoint?

Follow Anna as she experiences good, bad and the ugly all being witnessed and enjoyed by a stander by. Will he help her find love or push her into giving up? 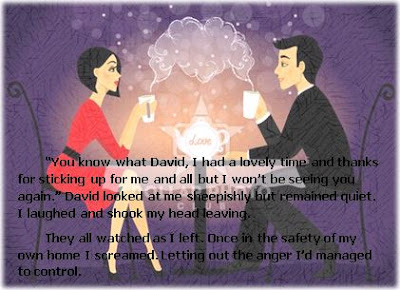 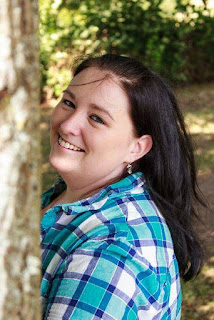 Georgina Hannan was born and lives in the family home in Surrey, England.

She has always had a vivid imagination and has been writing since she was thirteen years old.

She is now a self-published author of the Cursed Trilogy and she is also a Project Manager for an IT Company.

Georgina has always had a passion for writing, however her pursuit began after a story assignment during school. She finished her first story when she was fourteen and after lending it to people she received good feedback. However at the time she wrote only in notebooks and on paper and as a result that copy was lost. She is in the long process of rewriting this story.

Georgina’s inspirations and imagination surprises even herself sometimes when story ideas fly in from every direction. She definitely has a lot of books coming your way in the future.
She loves to hear from readers, writers and publishers so please do get in touch with her.

Peter Mack is the author of five published novels, beginning with A NEIGHBORLY AFFAIR (Tru Life Publishing 2009). His latest release is book one of the DIRTY LICKS trilogy.  The author writes with respect and love for the art of creative fiction. The underlying theme of his novels is that of love and loyalty.

His titles include A NEIGHBORLY AFFAIR, THE SEDUCTION OF AYANA CHERRY, AYANA CHERRY & THE TABERNACLE GLORIOUS, AYANA CHERRY: #LOYAL, and DIRTY LICKS.

All novels are available as eBook and in paperback. Available at most bookstores and on Amazon.com 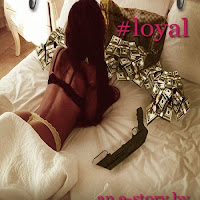 The Seduction of Ayana Cherry

The murder of Gordon Taylor, prominent businessman and philanthropist, has Detective Ryan Hamlin stumped. No viable suspects, no decent leads. When a chance conversation breaks the case wide open, Detective Hamlin suddenly has a long list of unlikely suspects who, with a "perfectly legal" multimillion dollar investment to protect, must make sure that none of them is convicted or everything will be lost. That's when the deception and finger-pointing begin. The detective is certain he's headed down the path that will lead to the killer, but is he?

The coroner stood up and backed away from the car to give Ryan a clear view into the front seat.

“Single bullet through the head.”

“Nope. His wallet is in his back pocket. Nearly a thousand bucks in cash.”

“That’s more than the balance in my savings account. Guess I should have been a titan of industry instead of a lowly crime fighter.” Ryan paused, wondering briefly what it would be like to have that much money in his wallet. He shrugged off the thought. “Suicide?”

“Nope. No gun. This snow is going to make the investigation a real bitch, isn’t it?”

“They’re never easy, are they?” Ryan removed his hat and peered into the car. “Jesus, what a mess.” The detective ran his fingers through his hair, set the hat back on his head, and gave the crown a sound tap as if to lodge it firmly in place. He slowly and carefully surveyed the area. Red and blue lights from patrol cars splashed across the snow as men and women in uniform, beneficiaries of the industry of homicide, went about their business. The corpses of those who died mysteriously meant job security for cops, coroners, lab techs.

Ryan reached into his pocket and, with as much thought as he gave breathing, popped the top off the antacid bottle that was always in his pocket, extracted two tablets, tossed them into his mouth, and chewed. He turned his attention back to Sommerville. “Who found the body?”

Anne Kennison’s unique plot twist comes from a fertile imagination honed by 20-plus years as a trusts and estates attorney. Now retired from the practice of law, Anne lives in , with her husband Dale and two Ragdoll cats Grady and Elliott. When she’s not writing the sequel to Death by Romance, Anne loves to travel, dabble in photography, and spend time with her two adorable granddaughters. 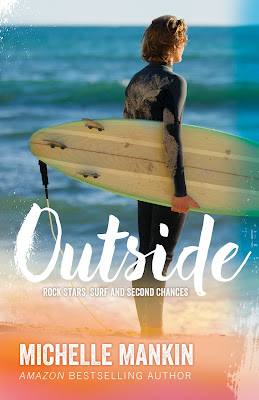 When handsome surf god Lincoln Savage suddenly rolls into like a rogue wave, shy beauty Simone Bianchi’s foundation is shaken. No longer under the thumb of her domineering father, she’s made a simple quiet life for herself and her fluffy fourteen pound Havanese pup running a surf shop in her hometown of OB. Long ago she gave up her dreams for a future with Linc.

But now the notorious lead singer of the Dirt Dogs has returned, and Simone is reluctant to admit that she’s still vulnerable to his killer dimpled smile and easy charm. She finds that although she’s stowed away the mementos, it hasn’t been as easy to erase the memories of their epic summer love.

It seems he hasn’t forgotten, either.

Is the recording contract he’s offering merely a pretense?

Or does he have something more in mind?

Does he really believe that they can just pick up where they left off, despite all the bad luck and heartache?

And is she willing to risk everything again for one last chance at love?

**It is a contemporary romance. An affirming coming of age love story that spans 15 years in 3 parts taking the characters from mid thirties in the present to the past when they are twenty then back to the present again. It has sex scenes but it is not erotica. 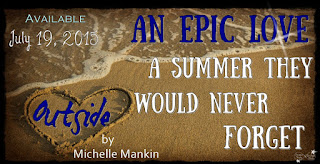 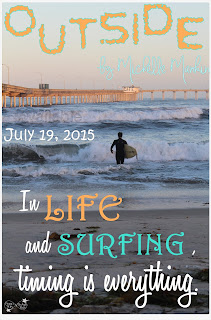 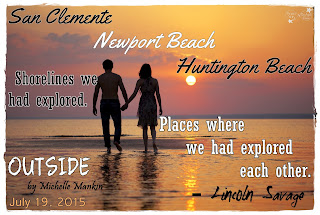 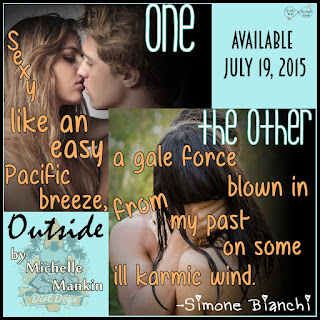 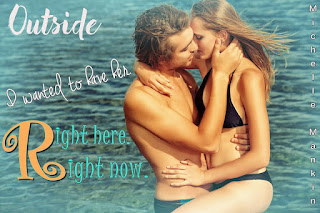 Love Evolution, Love Revolution, and Love Resolution are a BRUTAL STRENGTH centered trilogy, combining the plot underpinnings of Shakespeare with the drama, excitement, and indisputable sexiness of the rock 'n roll industry.

Things take a bit of an edgier, once upon a time turn with the TEMPEST series. These pierced, tatted, and troubled rockers are young and on the cusp of making it big, but with serious obstacles to overcome that may prevent them from ever getting there.

Rock stars, myths, and legends collide with paranormal romance in a totally mesmerizing way in the MAGIC series.

Catch the perfect wave with irresistible surfers in the ROCK STARS, SURF AND SECOND CHANCES series.

When Michelle is not prowling the streets of her Texas town listening to her rock music much too loud, she is putting her daydreams down on paper or traveling the world with her family and friends, sometimes for real, and sometimes just for pretend as she takes the children to school and back.

Connect with Michelle Mankin on 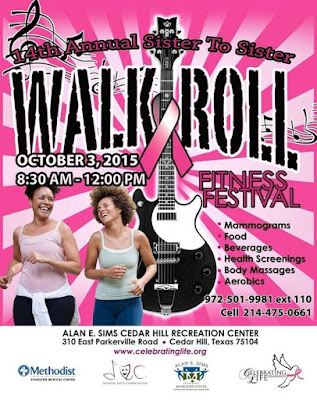 Jacques Laventureâ™’s Mission Statement is dedicated to enhancing an individual's personal enrichment and community unity through food, fitness and entertainment.

Posted by Vivienne Diane Neal at 5:00 AM No comments:

Bringing Back Our T-shirt Collection with a Different Focus


We have been in the dating business since 1986, which started out as a pen pal and introduction service through snail mail, and grew into a global service for people searching for love, romance, marriage and other activities on the World Wide Web.

Our mission has always been to bring people of all colors, ages (18+), ethnicities, religions and lifestyles together, whether it is for romance, dating, marriage, friendship or networking.

We have seen the challenges that men and women face when they meet someone, whether online or through traditional methods. Many begin to develop a relationship with that person, and eventually choose to take their relationship to the next level.

It is not our duty to preach what consenting adults should do when it comes to engaging in sex or other high risk activities. What we try to do is make people aware as to how their actions may lead to serious, long-term health problems and diseases, which can have a major impact on a relationship and society at large.

So we have decided to re-launch our T-shirt collection with non-offensive, humorous, and thought-provoking messages that will promote HIV/AIDS/STDs awareness and prevention, and draw attention to other diseases, such as breast cancer and colon cancer. It is hope that these messages will encourage people to be their own advocate when it comes to their health.

The tees are unisex and are available in sizes XS (in some limited cases) to 3XL and are shipped worldwide.

For more information and to place your order, please visit The Tee Store