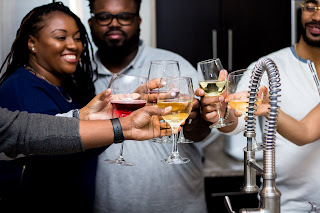 One World Singles Blog wants to take this time to wish you a Joyous, Safe and Prosperous New Year and to thank you for visiting and supporting our site.

We will see you next year. Remember, if you wish to contribute an article that would be of interest to singles and couples, please read our Submission Guidelines.

Again, thank you for your continuous support. 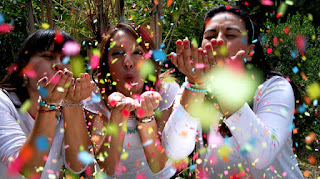 Who Should and Shouldn't Join Social 8

Email ThisBlogThis!Share to TwitterShare to FacebookShare to Pinterest
Labels: social club for singles

This post is part of a virtual book tour organized by Goddess Fish Promotions. Van Fleisher will be awarding a $50 Amazon/BN GC to a randomly drawn winner via rafflecopter during the tour. Click on the tour banner to see the other stops on the tour.

The year is the very near future. A brilliant young doctor and mathematician, Vijay Patel, has invented a new health/sport watch that monitors blood chemistry so accurately, it can actually predict when someone will die – within 10, 20, or 30 days. The intention of this “Final Notice,” as it is called, is to allow people to get their affairs in order and reach out to loved ones before it’s too late. But when those notified have easy access to a gun, the result is sometimes lethal for more than just the watch-owner.


These are the stories of several people who receive their Final Notice and their very different reactions ... including a desire to get revenge with impunity. They range from an 89-year-old resident in a retirement home to a U.S. Senator...from a benevolent widow to a crass tycoon to a noted climate change scientist.


But in this fresh, fast-paced page-turner, their stories are all set against the all-too-recognizable backdrop of a guns-gone-wild America, and the relentless push by the NRA and their surrogate politicians to make guns even easier to acquire.


There is plenty of dark humor and political satire in FINAL NOTICE, as well as touching scenes and outright suspense. So expect to laugh out loud, dry some tears, and bite your nails (not necessarily in that order).

And sure enough, in 1.24 seconds, Trudi had 1,620,000 results. “Here it is. California law protects us if we shoot a burglar in our home. Still, it wouldn’t help if we didn’t hear them until they burst into the room. I can’t see either one of us having the presence of mind to reach for the gun, roll out of bed and blast away. What are you smiling at?”


“At the image of you doing just that!”


“Hey. I’ve been watching Angelina Jolie and I think I can manage the moves.”

“After 21 years with an airline, and 30 years in management consulting, I retired and found that my phone didn’t ring and the only emails I got were asking for money. So, since I was at my computer, I decided to write a novel.”


This is only half the story. (Van is notoriously modest.) The author was Director of International Marketing with TWA, and an International Management Consultant – taking him behind the closed doors of boardrooms and executive offices around the world. He knows how business works, which gives the slightly “sci-fi” premise of Final Notice a realistic feel. Moreover, his two careers led him to live abroad for much of his life. After growing up in New Jersey and Florida, where he never thought much further than the length of a football field, and going to college in New Mexico, he wound up living in England, Scotland and France, travelling frequently to the Middle East and Asia. He even spent a year living in India. And his first-hand experience with – and respect for – other cultures is apparent in this book.


“Final Notice is meant to highlight, my concerns with America’s handling of three important issues: gun control (not anti-gun), ageism and the importance of immigration. The book won’t fix these issues, but there are a number of great organizations with even greater people working on our behalf to right these wrongs. Proceeds from sales of Final Notice will help support those efforts.”

It’s been a while but she’s back! The author of World Deception and The Broken Series plus many more.

Now under her married name, Angela Novak is ready and better than ever. She has all new ideas and is ready to get them out to you.

Amazon will still have all her previous books under the name Angela Fattig. To change that would be a nightmare! Below you will find new links to keep up to date on her latest books.

Facebook
Nova Beta Readers Group
Goodreads
Amazon - All of her books are on KU. Check them out!

***Remember her last name used to be Fattig

Spurring Him On: Claiming My Cowboy Collection Vol 2

Make your 1-click finger happy and get it WET!
Book 1 - The Believe Series a Romantic Suspense
Shattered Dreams

Looking for a Bad Boy
Soul Mates… They come in all forms from all walks of life. When you finally meet them you find yourself opening up in a way you never have before. You bare your soul to them without a second thought because you know your secrets are safe with them.

Meet Jareth the ONLY book boyfriend you will ever need
Beauty and the Beast (Standalone: The Believe Series)

Get ready to have your mind BLOWN! From the darkness come three stories of hope and love...

The Broken Series  - Each book is a standalone but is best if read in order.

The Broken Series Box Set
US
AU
CA
UK
Posted by Vivienne Diane Neal at 12:00 AM No comments:

NIOBE RETURNS IN ERATHUNE, SHE IS DEATH, & ESSESSA by Sebastian A. Jones has been successfully funded.

Now for the fun part: You can follow along behind the scenes as the creator turns their idea into a reality. They’ll keep you informed with project updates, and you can cheer them on in comments and messages. Leave one to share your excitement!