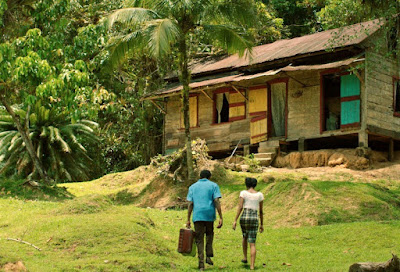 Green Days by the River, a film adaptation of Michael Anthony’s classic 1967 novel of the same name, will open this year’s festival, at the red carpet gala and screening to be held at , on . Bringing to life childhood memories of the book, and a Trinidad of yesteryear, director Michael Mooleedhar’s film is set in the idyllic countryside of 1950's Mayaro and re-tells the story of 15 year old Shell. Newly arrived, he quickly gets caught between his longing to be a man, and his child-like innocence in the face of adult cunning. With adolescent hormones raging, amidst the breath-taking beauty of Mayaro, the quiet storm that’s brewing may prove more than he can handle and he’ll certainly never be the same again.

Watch this space for more information on tickets, which go on sale soon.

Click here to read more.
Posted by Vivienne Diane Neal at 12:00 AM No comments:

THE FOREIGNER, starring Jackie Chan and Pierce Brosnan, is a timely action thriller from the director of “Casino Royale.”

The film tells the story of humble businessman Quan (Chan), whose long-buried past erupts in a revenge-fueled vendetta when the only person left for him to love -- his teenage daughter -- is taken from him in a senseless act of politically-motivated terrorism.

In his relentless search for the identity of the terrorists, Quan is forced into a cat-and-mouse conflict with a British government official (Brosnan), whose own past may hold clues to the identities of the elusive killers.

Hot Books for Your Reading Pleasure by Vivienne Diane Neal

Summer is almost gone, and fall is just around the corner. So, it is that time when we bring you some page-turning stories written by some of the most extraordinary authors.

As always, you will be exposed to writers from around the world and to a range of genres which are interracial, paranormal, and multicultural romance tales, horrors, thrillers, mysteries, detectives and crime stories, including a narrative that explores race and color.

Check out these books by clicking on the title and have fun being taken on a distinctive and memorable voyage.

Closed Door (The Angela Hunter Series, Book 1) by C.M. Okonkwo - This short story centers on a young woman who spends too much time in a locked bathroom, which is also shared by her sister, Angela Hunter, who sometimes has to ask her parents or brother if she can use theirs.

Jammed Door (The Angela Hunter Series Book 2) by C.M. Okonkwo - If you read the first book, Closed Door, the story continues with Angela, who sees a dead body under a preacher’s desk but no one believes her, not even her contemptible brother, her clueless dad, or the two bumbling detectives.

Locked Door (The Angela Hunter Series Book 3) by C.M. Okonkwo - The saga continues with Hunter who is hired as a makeup assistant for a music video but when she comes across another dead body, there may be a connection between this body and the murder of another person.

Blocked Door ((The Angela Hunter Series Book 4) by C.M. Okonkwo - Angela Hunter is smack in the middle of another murder, but this time her cousin is the prime suspect.

Shared Door (The Angela Hunter Series Book 5) by C.M. Okonkwo - In this final installment, Angela observes two suspects taken into custody for murdering people on a kill list, but when the person who hires them is revealed, the investigation shifts.

The Last Firefly by Kimberly A. Lagrone-DeMarco - Camille Sheridan, a straightforward, compassionate, and nurturing PI, is asked to investigate an attack on a woman committed by a childhood friend.

Being Biracial: Where Our Secret Worlds Collide by Sarah Ratliff and Bryony Sutherland - An anthology of essays exploring the negative and positive happenings of an eclectic biracial/multiracial community, written from their perspectives and experiences.

Undisclosed Desire - The Tycoon’s Heart by Falon Gold - A personal assistant has the hots for her handsome boss but decides to stop yearning for him by taking a weekend trip to , but upon her arrival, she will get the biggest shock of her life.

The Haunting of Merci Hospital: (Some Patients Never Leave) by Tanya R. Taylor - A newly hired nurse at a distinguished hospital believes she has the greatest job on earth until mysterious deaths occur and she is approached by a psychic.

Hard Fall - A Thomas Blume Novella (Book 1) by PT Reade - Thomas Blume, a down on his luck, alcoholic ex-cop from New York gathers information on cheating spouses but when one of his clients wants the name of the man his wife is cheating with, that individual seemingly commits suicide, discovering the real reason why Blume is in London.

Snow Burn (Book 2) by PT Reade - The story picks ups where Hard Fall leaves off, where Blume is hired by an anonymous client to find a computer hacker.

Red Hunt (Book 3) by PT Reade - The saga continues when Thomas is hired by a client to find his girlfriend who is on the run for murder.

Cross Fire (Book 4) by PT Reade - In the next installment, Blume is hired to perform security details at a social gathering for ’s moneyed citizens, but things begin to take a turn when a socialite and her friend are kidnapped.

Grave Walker (Book 5) by PT Reade - Thomas is now back in New York to confront an assassin who killed his wife and son, but before he can face the killer, Blume must first work on a case involving the murder of his ex-girlfriend.
Posted by Vivienne Diane Neal at 1:00 AM No comments: 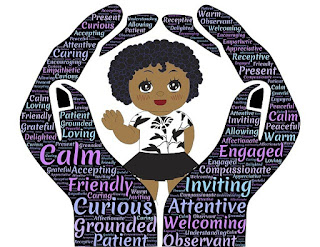 I am not one to tell a parent how he or she should act when it comes to their legal age son or daughter’s love life. However, there are exceptions. If the person he or she is involved with presents an imminent danger or is on ’s Most Wanted List then, by all means, take action. 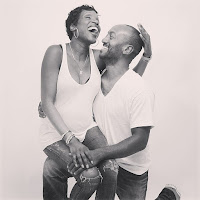 Other than that, when it comes to your adult child’s liaison, try and stay in your own lane unless he or she asks for your advice. And even when they ask for your opinion, you must tread very lightly, depending on your answer. Because based on what we see or hear day in and day out from parents and children, friends and relatives, most people don’t really want your advice, especially if the kind of guidance, which they don’t want to hear.

One way to alienate someone is to continue hopping on the same subject: he is going to break your heart; she is only after your money; why would you want to be with someone who has a criminal record or is behind his or her child’s support? And then there are those who don’t like your partner because of his or her color, ethnicity, religion, lifestyle or political affiliation. Or without any rhyme or reason, will never accept your significant other.

Most of us have been in this type of situation where you know the person your daughter or son is involved with is a good for nothing idiot but your son or daughter can’t see this or opts to be in denial. 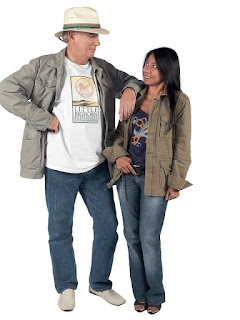 Depending on how old the man or woman is, he or she may make mistakes when it comes to selecting a soul mate, and hopefully, as they get older, they would have learned something.  But in the meantime, try to be supportive and analyze what it is about that person you object to or why you fill you always have to interfere with your child’s love life. Go back to when you started dating. How did your parents react when you brought home someone and started dating or ended up marrying that individual? Did you take their advice or did you choose to make your own decisions? I am not a parent but when I listen to friends and relatives, you don’t have to be one to know what it’s like to butt into a child’s relationship.

Parents will always say, “No matter how old my son or daughter is, he or she will always be my child.” And that is true, but once your child becomes an adult, you should also attempt to stay in your own lane when it comes to his or her choices.
Posted by Vivienne Diane Neal at 1:00 AM No comments: