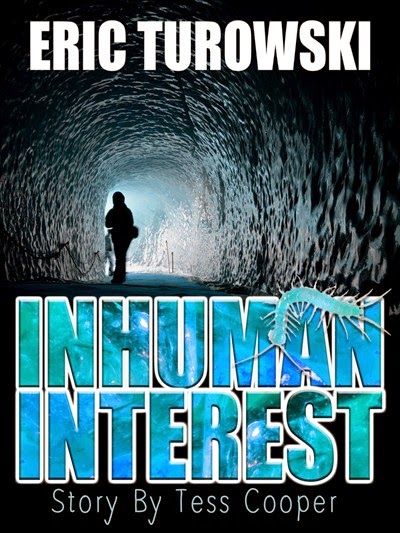 Thirteen words in a want-ad turn Tess Cooper’s world upside down after she signs on as a paranormal research assistant to the mysterious Davin . He reveals a world of grave robbing, clockworks artifacts in blue amber, antique revolvers that fire strange ammo, and powerful forces beyond human comprehension.

As ancient occult energies threaten to destroy her city, Tess must use her journalistic instincts to stay one step ahead of the public works director, Drew Dawson, whose agenda seems bent on destruction rather than maintenance. And possibly murder, but will anyone believe her?

If Tess teams up with the hunky police lieutenant, Kirk Gunther, and the pale, oddball Mr. , they might be able to save the city in time. That is, if even wants to. And if Tess overcomes her phobias long enough to do battle in Granddad’s 1983 Subaru Brat.

Things are about to get icky.

I watched Angie wobble away and marched myself toward the stonewalling the cops would give me when I felt the soles of my flats slide. Pinwheeling arms didn’t help me get my footing, and with a tiny cry, I went down.

Snow slid up my shirt, up my pants, and something less cold but more wet. I thrashed around, succeeding only in getting more snow inside my clothes. Not falling, but sinking. I sank into a deep hole. And then I realized it wasn’t a hole but a grave.

Angie came rushing back, as much as she could rush on her stumpy, little legs. “Tess, what the hell happened? I heard you screaming and—oh, my God.”

I expected her to kneel down and help me out of the loose soil and slush, but instead, she whipped out her camera. The little motor whined as she took about six hundred shots. “I think I got the image for my Christmas cards this year.”

“Ange, help me out of here!” I pushed against the soil with one foot, and felt it sink deeper. I tried with the other one. Then I plunged in up to my neck. My arms found no grip, either. It was like quicksand, even though quicksand doesn’t really exist. I knew that. Worse, a horrible, horrible smell drifted up from below. Decomp, rot, death.

Newspaper founder, bookstore owner, artist, musician, and man-about-town, Eric Turowski writes lots of mixed-genre books when he’s not too busy playing laser tag with Tiger the Cat and his fiancée Mimi deep in the Central Valley of California.

You can learn more about Eric at http://www.ericturowski.com.

Connect with Eric online at Twitter and Facebook
Posted by Vivienne Diane Neal at 1:00 AM No comments:

Imagine having a community of reviewers all writing and posting reviews of your latest book or having increased exposure for your books.

If this is something you’d be interested in, The Romance Reviews () is inviting you to join Reading Alley.

Reading Alley is a standalone independent site that is an affiliate of . While ’s focus is on romance with books being reviewed by a small group of reviewers, Reading Alley encompasses books from multiple genres of the fiction and non-fiction variety that can be requested for review by a broader group of reviewers.

Unmatched convenience: reviewers at your fingertips!

Reading Alley gives you instant access to a community of reviewers from a single site. These reviewers bring with them a wide social reach, as many are operating successful blogs, or are affiliated with review sites or online bookstores or sites such as Amazon and GoodReads.

Reading Alley offers a secure, cost-effective platform for you to send your books for review. Books are applied with the necessary security measures before they are sent to reviewers--all at an affordable price.

Increased exposure for your books

Reading Alley provides a repository of reviews that can be referenced by people looking for reviews and recommendations on your books. They will also offer exciting events and promotions to further increase awareness of your books.

Reading Alley is currently on soft launch. In line with this, they have a special soft launch promotion catered specifically to authors and publishers. For a limited time period, you can start a session to have your books reviewed and enjoy all the features above at a low introductory price of $25 per book!

They will have more exciting offers and activities, so join now! It's free to sign up for an account! Check out Reading Alley now!
Posted by Vivienne Diane Neal at 1:00 AM No comments: 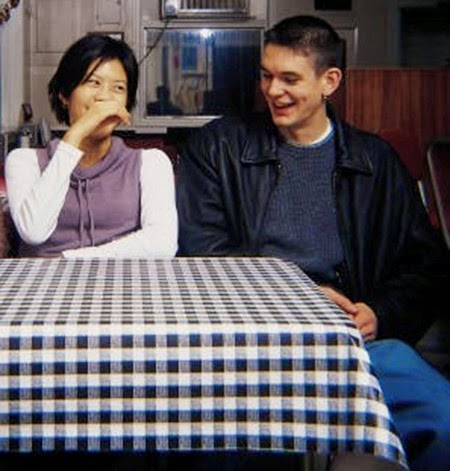 Many times, women talk about the men they keep meeting on various online dating sites. When these men take them out to dinner on the first date and foot the bill, they automatically assume that the women owe them a booty call. Most women cannot understand why they keep attracting these frame of mind men. And this is where examining the men’s personal profiles is extremely important.

When a man is just seeking a sexual encounter, a friend with benefits or just a one night stand, somewhere in his personal profile, he will let it be known. But if you are not interested in a sexual relationship early on, then you have to be forthright and let the man know what you will or will not do on a first date.

Now when you decide to compose an online profile, there are several key words which you can use as a guide to help you weed out those just looking-for-sex individuals. Mention what type of relationship you are interested in, and be honest. If you are seeking a friendship, a long or short-term relationship, a marriage-minded person, a life-time partner, or an activity partner without the sex, then say so. Whether you're advertising on the World Wide Web or in a printed publication, you want to make a first-rate impression and catch the attention of the kind of person you are interested in attracting, or the one who will ascribe to the same attributes and interests that you are seeking. Some of these words can include: give, describe, mention, highlight, inform, and be and when. Of course, you may come up with other terms to help create an appealing summary of yourself, a summary that won’t say, “I am only interested in sexual relationship.”

Finding the right person on online dating sites can be daunting but using common sense when searching through profiles and reading between the lines will save you a lot of disappointments on that first date. Of course, you can always go Dutch treat. This way there will be no misunderstandings or soaring expectations from the man’s end.
Posted by Vivienne Diane Neal at 1:00 AM No comments:

Zeke and Teresa - a married couple with issues. Zeke never met his father, so he has no intentions of ever being one. Teresa's biological clock is ticking so loudly that it drowns out all good sense. Out of desperation, Teresa commits an unthinkable betrayal that threatens to destroy their happy home.

Recording Artists Terry "COMMON FOLK" Williams and Dana Hemphill star in the new stage play Just Like Yo’ Daddy as Zeke and Teresa - a married couple with issues. Zeke never met his father, so he has no intentions on ever being one. Teresa’s biological clock is ticking so loudly that it drowns out all good sense. Out of desperation, Teresa commits an unthinkable betrayal that threatens to destroy their happy home.

Executive Produced by Aaron Hall, Written by Essence Bestselling Author Tiffany L. Warren and Directed by Snoop Robinson, Just Like Yo' Daddy will have you rolling in the aisles.

PUSH Entertainment Website
www.pushentertainment.org
Posted by Vivienne Diane Neal at 1:00 AM No comments: