Wondering what gift to give to the bride and groom? Well, wonder no more. Check out the trailer for these two best-selling romance books by Sydney Arrison and place your order now on Amazon and other retail book stores.


Posted by Vivienne Diane Neal at 12:00 AM No comments: 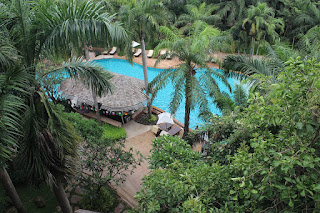 For more information on the top places to go on your honeymoon, please go to https://www.voyagers.travel/galapagoscruise-travelblog/five-amazing-honeymoon-destinations/

Featuring Two ‘Til Midnight: A Novel by Bernard L. Dillard 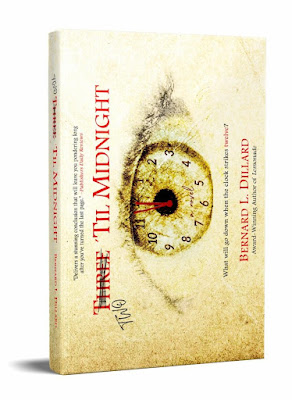 At the center of a fierce, fiery, and invisible battle is Dr. Garnet Gibbs, a history professor, who is considered to be both a guidepost for and a mystery to many on the job. After hours, she often finds herself caught in a vortex of drama surrounding her family, associates, and friends.

Although she tries to offer support as best she can, the shenanigans of all involved may prove to be too much for her, especially given the potpourri of players in her world, including: Jamay, her adopted daughter; R.J., her grandson, whose father is facing challenges as he serves overseas; Kemal and Manuela, a kinky church couple; Tario, a Que Dog, whose frivolity and wry wit lead to his nail-biting confrontation with death, igniting a spirited rally in the city.

Then there’s Nieko, a gay gentleman, who is rethinking his sexuality but whose ex-boyfriend is making it tough; Rusty, an avowed redneck, who makes a shocking decision since he believes President Trump is taking too long to do something about the current state of affairs; and Celeste, her what-comes-up-comes-out co-worker, who has a knack for catching people off guard with her uncanny sense of humor. Critical interactions reveal key life lessons, but not all interchanges end on an upswing.

Set in modern times, Two ’Til Midnight is a soap-operatic dramedy that presents two distinct and separate worlds that thrive together, both influencing the other in their own unique way. Ultimately, their coexistence produces a jaw-dropping ending that no one sees coming.

Something’s brewing. Someone’s watching. And time is running out! is fast approaching. What will go down when the clock strikes twelve?!

Two 'Til Midnight: A Novel from BL Dillard on Vimeo.

Book Reviews of Two ‘Til :

“It’s a cosmic battle royale…Resonates like a live wire…Delivers a stunning conclusion that will leave you pondering long after you’ve turned the last page. Five-plus stars to .” Publishers Daily Reviews

“In , author Bernard L. Dillard does an amazing job of storytelling while integrating several of today’s hard-to-discuss topics...This book is not for the faint of heart.” San Francisco Book Review

“Dillard skillfully weaves each character’s part into the plot…[He] has done an exceptional job creating a novel that will be enjoyed…This is highly recommended reading.” Reader Views

“Readers who stick with the myriad of characters and [the] blend of supernatural influences, daily life challenges, and confrontations between [two] worlds will find Two ’Til Midnight an engrossing, multifaceted story.”  Book Review

“I don’t know. It just seemed wrong to me. I knew Schmidt wasn’t all there sometimes, but I never thought it would come to this.”

“Well, honey, I’m glad you spoke up. That wasn’t right.” She adjusted her nightgown and took one last look at the bathroom mirror before turning in. “You did the right thing.”

George was hesitant to accept her praise. “I hope so. It just didn’t feel like me. It was like I wasn’t myself. It’s hard to explain. At the moment, I just felt like I had to step in and say something. Honestly, Schmidt didn’t seem like himself. Something had to be controlling him. If I hadn’t said anything, I really think he woulda shot the kid.”

“Things were going that bad?”

“Only because Schmidt kept pushing the issue. And the way he looked at me when I told him that was enough. He just had a different face.” He spooned her and placed his arm around her stomach. His breath was a little tart, but she had gotten used to it.

“Imagine if you hadn’t spoken up and said anything. It might be a different story on the television. It may have been one of those stories again. Another one shot dead where the cop claims that he felt threatened.”

“It’s just not right, baby. I’ve seen all kinds of stuff on the beat. I feel sort of in a bubble because I know the violence will never probably happen to me and probably not you either since we’re both lily white.”

He continued. “It just bothers me that things are the way they are now. White cops can pretty much get away with whatever they want. You should hear some of the conversations in the precinct, how the guys talk among themselves about minorities. I’ve even seen Schmidt put up a poster that had a black face with a target on it and a picture of the white cop using it as target practice. Sick.”

“My gut feeling is that things aren’t gone change until white people start speaking up against it. Sad to say, but seems like it’s true. Seems like the more they protest in the streets, the less stuff gets resolved. I’m not saying we gotta be the ‘Great White Hopes,’ but we gotta make sure our voices are heard right along with theirs.”

“I’d say you made your voice heard loud and clear last night. I’m proud of you, dear.”

“Well, at least that makes one who is. But I’m definitely on the Schmidt Sh** List. I really caught him off guard. He chewed me out when we got back to the precinct, asking me whose side I was on. ‘Right. The side of right,’ was what I told him. He didn’t like that and told me I’d learn soon enough but to never challenge him like that ever again.”

Out of the blue, asked, “So where do Asians and Hispanics fall in this drama?”

“Dunno. There don’t seem to be huge numbers of killings involving Asians or Hispanics. Just seems to be a thing with African-Americans. Just seem to be a lot of tension between whites and Blacks. I’m sure it still has something to do with slavery. I’m sure is still rather proud of that.”

“Yeah, but when it’s time to talk about some of the kickback and consequences from slavery, not everyone is willing to talk about. White people seem the most uncomfortable when race matters are addressed. Like people are blaming and accusing them today of it. No one is accusing us of anything, but it would be nice if we could understand our part in helping black people get their footing, economically or otherwise. Nobody’s talkin’ about giving them forty acres and a mule, but we can start with basic treatment with human dignity. There’s a good starting point.”

“So what advice would you give a mother who has to raise a black son in these turbulent times?” She could tell he was getting sleepy, even though he was talking logically.

“Yeah, I’d tell her to make her son pull his pants up and stop wearing hoodies. They need to put on a suit and tie every day and wear glasses, I guess. Walking through these streets in looking like a bookworm may do the trick and make them look less of a threat. I really think that would work. A suit and glasses.”

chuckled a bit and turned to him face to face and dropped a bombshell on him. “So I guess you’ve never heard of anyone named Malcolm X, huh?”

It was too complicated to solve tonight. All they could do was simply revel in the small victory that had been attained last night. Maybe preventing a possible homicide of another black guy with promise at the hand of an overzealous cop was all that was needed for the moment, for the present, for the here and now.

© 2019 All rights reserved. Book excerpt reprinted by permission of the author, Bernard L. Dillard. Do not reproduce, copy or use without the author's written permission. This excerpt is used for promotional purposes only.

Bernard L. Dillard is an associate professor at Fashion Institute of Technology in . He graduated from with a bachelor’s degree in English. The author of two textbooks, he is more known for his book, Lemonade: Inspired by Actual Events, which won first place in Dan Poynter’s Global Ebook Award (2013) in the memoir category.

He is also the author of , this controversial novel is a soap-operatic dramedy, whereby the author tackles sensitive material against the backdrop of a Trumpian society. Select topics include race, diversity, tolerance, terrorism, sexuality, and faith.

Bernard L. Dillard has enjoyed a few acting stints (“The Wire” and “West Wing”) and several modeling assignments (Sean John). He is available for media interviews and can be reached via email. More information can be found on his website.
Posted by Vivienne Diane Neal at 12:00 AM No comments: