Relationships in the Internet Age 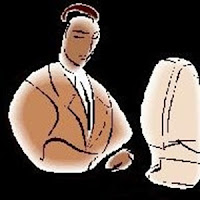 Let’s see. What can I say about relationships or dating that has not been said a hundred times before? There is, after all, nothing new under the sun; though every generation feels as if their experiences are unique. I know that the age of the internet and online dating may make it seem like the relationship troubles we encounter now are novel, but in reality they are not.

For example, how we first meet. We like to think that historically everyone met by chance. That there was just some common marketplace where you met your potential mate and fell in love. That is just not so. Much like today, many couples are introduced to one another by common friends. Whether the introduction or even friendship occurs online of offline is of little consequence, the result is still the same. Two people who would have otherwise remained strangers get to meet and possibly fall in love.

Another way that people used to get matched with potential partners is through their family. Groups of culturally similar or economically similar families would often set up marriages for their children long before they came of age. Even today some cultures still practice this tradition. Thankfully, most of us do not live in those cultures, but it bears thinking about. How would you like to be matched online based on your family and not on your own predilections? Thankfully today we have a different way of dealing with meeting potential romantic partners.

Another aspect of the internet age that we think is unique is corresponding before a physical meeting. Whether exchanging emails, text messages, phone calls, or Facebook communication, we like to think we are the first generation to date this way. In truth, many times through history people have written to one another and agreed to marry before ever even meeting each other in person. Did you ever hear of mail order brides? The same general idea applies here. The only difference is that our communication avenues are much more widely varied then a simple letter exchange.

Long distance relationships are nothing new to this generation either. Your parents or grandparents can probably tell you about the hardship of being separated from their loved ones because of war or employment difficulties. During the Great Depression, many men went off to seek ways to keep their families alive, often with little means of communication with their spouses or romantic partners. I can only imagine how difficult that would be. Those soldiers going off the World War II, , or also faced extreme difficulties with remaining close to their loved ones. If you think about it, we have it much better today. With Skype and other face to face communication technologies, we can actually see our loved ones even when they are far away. That was something that our predecessors could have only dreamed of.

Besides just meeting one another via the internet, there is also the whole dating process. Just think what our lives would be like without apps to tell us where to eat, when the movie started, or where the band is playing. It would be very different, right? Well, maybe not. Remember that before all the fancy doodads and mobile phones people still managed to keep track of pesky details like those. They used a phone book and called the theatre. Or, before that, they paid attention to the advertisements and knew with regularity when things were going to occur. After all, having a set time for a band to play is not rocket science.

When you really think about it, relationships have not changed that much due to technology. We still do the same things, go to similar places, and meet in the same ways. All that has changed is that it is faster and easier to get a hold of one another now. Maybe we should start worrying more about our privacy and less about how to stay connected!

Nancy Parker was a professional nanny and she loves to write about wide range of subjects like health, Parenting, Child Care, Babysitting, nanny, www.enannysource.com/ etc. You can reach her @ nancy.parker015@gmail.com
Posted by Vivienne Diane Neal at 1:00 AM