Open Door Marriage, A chance encounter lands NBA star Dallas Avery back in the arms of the woman of his dreams. A woman he hasn’t seen in years. A woman he soon discovers just so happens to be his fiancée’s aunt! But ’ fiancée, Tori, isn’t ready to give up all that she’s worked for, so she makes him a shocking offer – go through with the wedding and she’ll still allow him to be with the one woman he now can’t seem to do without. will get a family, something her much older aunt, Alicia can’t give him. Tori will get the lifestyle she clamors. And Alicia will get the love she’s longed for all her life. Everyone will get a little of what they want. . . and maybe a whole lot of what they don’t.

Teaser…..“You slept with my aunt?” The words still didn’t register, even though this had to be Tori’s fifth time saying them. She glared at her fiancé, still desperately trying to come to terms with the information her mother had blasted to everyone at the packed Thanksgiving dinner table.

“Seriously? How is that even humanly possible when you didn’t know the woman four hours ago?” Tori shouted.

Twelve pairs of eyes were now focused on the not-quite-blissful couple standing at the bottom of the stairs just off from the dining room.
Read more: http://bit.ly/1mXCAaf 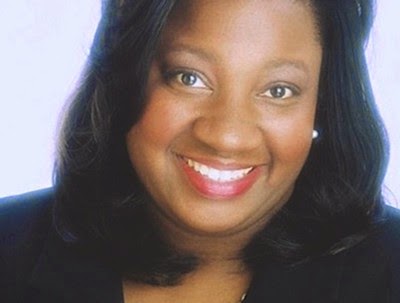 Naleighna Kai is the national bestselling author of Every Woman Needs a Wife and the provocative new novel, Open Door Marriage. She started writing in December of 1999,independently publishing her first novels before acquiring a book deal with an imprint of Simon & Schuster,and most recently a book deal with Brown Girl Publishing—the offspring of mega-successful national bestselling authors—Victoria Christopher Murray and ReShonda Tate Billingsley. She is a contributing author to a New York Times Bestseller, an award-winning author, an E. Lynn Harris Author of Distinction and a noted book club favorite on Oprah.com

In Strict Confidence, Fans of John Grisham and Mary Higgins Clark will love this suspenseful rollercoaster ride that doesn’t let up until the very end… Psychiatrist Allen Kline is forced to make the agonizing choice of life over death when a killer approaches him with the horrific news that he has abducted Allen's two sons. Who the killer is and why he has chosen Allen to victimize is a question the doctor struggles to answer. What he discovers just may haunt him forever. Things aren’t always what they seem… Detective Ben McCallum is on a mission. Someone is viciously murdering little boys and Ben knows the pain all too well. His son was one of the victims and now, it’s up to Ben to bring the killer to justice . . .before two more young boys die. As Ben struggles to put aside his personal demons to track a killer hellbent on revenge, he’ll discover the killer’s motives hit close to home and everyone will discover things aren’t always what they seem. In Strict Confidence is an intense, harrowing tale that will shock, surprise and satisfy readers with each suspenseful word and doesn’t let up until the very last page.

Teaser… Chris Kline’s eyes fluttered open and he saw only darkness. He was lying on a cold, hard ground—concrete, he thought, naked—no wait, not naked. He still had his boxer briefs on. He sat up and as he did, a wave of unsteadiness came over him. Whoa. He shook his head, trying to clear cobwebs, and when his equilibrium settled enough, he tried to stand, but couldn’t because of a manacle fastened around his right ankle. He shivered.

Dwayne S. Joseph began his writing career at the age of thirteen. Commandeering his parent's computer, he sat for hours on end creating dramatic stories of fiction that earned him the "best story teller in the Joseph household" moniker. He then went on to win second place in the National Scholastic Writing Competition during his senior year in high school, for a short story he wrote, titled "Playtime" (A story that he does plan to develop into a children's tale someday soon!) The novels at thirteen and the short story in his senior year all helped to propel him on the destined path to becoming a published author at the age of 27, with the release of his first novel The Choices Men Make.

Pink and Patent Leather, Sasha “Pink” Jansen has heard the voice of God. He spoke loud and clear at her purity ceremony, when she was just sixteen years old and Pastor Malik Stroman placed that ring on her finger. And He was just as clear when He told her that purity ring would someday be replaced with a wedding ring from the same man . . . all Pink had to do was save herself. Dreams of a life with Pastor Malik were enough to keep the privileged princess committed to her vow, dodging all kinds of temptation, resisting every romance, and the whole time, keeping her eyes on the prize –the day she would become first lady. There’s just one problem - Pastor Malik already has a wife. But Pink is accustomed to getting what she wants - by any means necessary. With her grace and virtue on the line - and what she thinks is God’s word in her head - Pink is on a mission no one understands. She’s determined to show Pastor Malik that they belong together – and come hell or high water, she plans to get the good reverend to agree. Candy Jackson has penned a page-turning tale of one-woman’s quest for love and the spiraling descent she’ll take to get it.

Teaser…. It had been a long time, four years to be exact, but I was ready. The night I had been dreaming about was finally here. My life was playing out like a well-rehearsed script, and I had the starring role.

I wanted a life with him.

It was my time; sweet victory was in the air.

I was Sasha Simone Jansen and I had come to win.

Now, as I sat at my vanity poised and proper with my hair done and make-up flawless, I stared at my perfect cocoa complexion and smiled. I had to be the luckiest girl in the world. No, that wasn’t it. I’m a Christian, and we don’t believe in luck.

author, Candy Jackson is a cosmetology teacher who loves to create poetry and short stories. Her reading rose to a brand new height with the discovery of many black writers whose work exploded in the ‘80’s. An avid reader, she began to tap into her own creative side and decided to write stories of her own. Candy is the mother of three young adult children and one grandson. 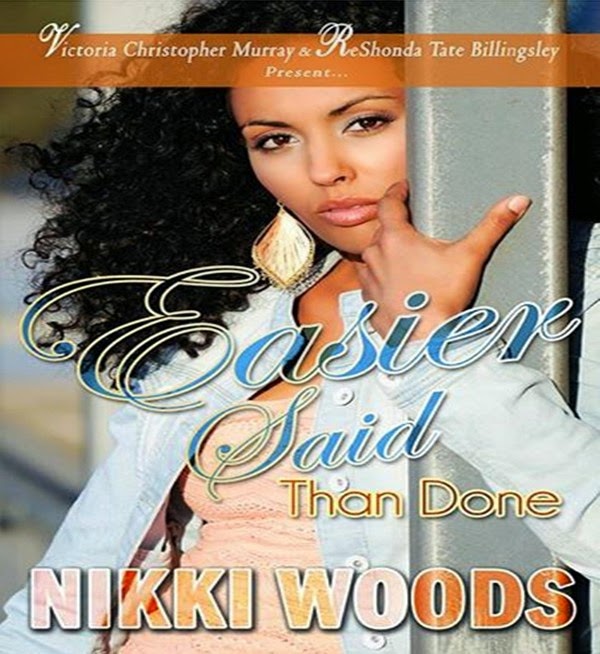 Easier Said Than Done, is a touching new novel of love and risk, featuring a sassy and skillfully created cast of characters that are so full of life, they breathe, dream, and shout right off the page. Kingston Phillips, a beautiful entertainment executive in the fast-paced city of , has finally grasped the brass ring. But just as her friends and colleagues are buzzing with her success, must return to for her grandmother’s funeral. While there, childhood tragedies, heartbreak, and family jealousies come back to haunt her, threatening to shatter her dreams. Not only does come face to face with the college sweetheart who left her heartbroken, but her grandmother names her executor of her will and forces her to make a life-altering decision.

Teaser…. Nothing would be the same again. That I knew for sure, though the uncertainty of what exactly that meant sloshed inside of me as I unlocked the door to my office and quietly asked my mother for guidance.

Instantaneously, a peace settled in my soul, just as I knew it would; but the question marks still pricked at my brain.

Three hours later, my secretary alerted me via the intercom that I had a phone call and the feelings of unrest surged again. I pushed the Talk button. 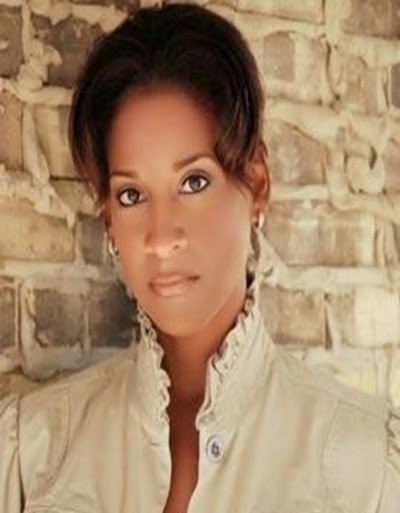 Nikki Woods, the author of Easier Said Than Done, is a Multi-media personality, Social Media and Personal Branding Coach, Motivational Speaker and Voice-over artist, and the CEO of Nikki Woods Media. She is also the senior producer of the acclaimed, nationally- syndicated Tom Joyner Morning Show (TJMS), the most successful syndicated urban radio show in history reaching more than 8 million people on a daily basis.

Follow the Tour: http://bit.ly/1sFoEl0
Posted by Vivienne Diane Neal at 1:00 AM

Thanks so much for sharing! Appreciate you! Read more: http://bit.ly/R8BJXO