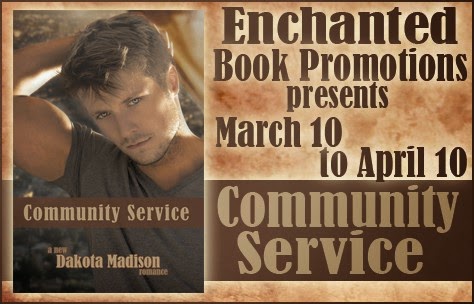 One World Singles Magazine Blog is delighted to welcome Dakota Madison, author of Community Service, a contemporary romance novel. Dakota has made our Blog one of her stops on her Virtual Book Tour. 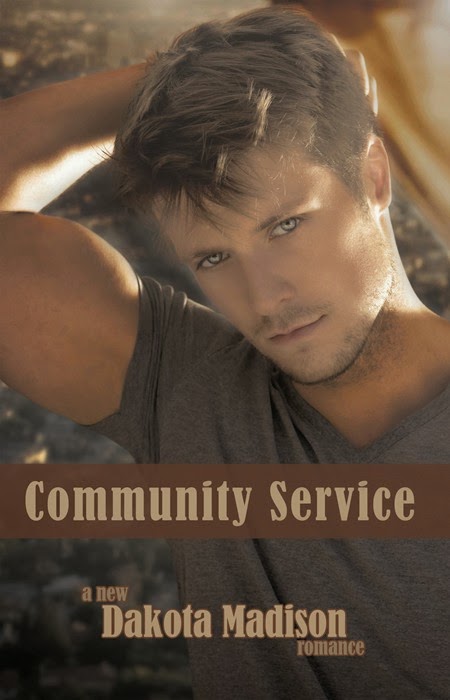 As Maggie Mitchell enters her final semester of college, the last thing she wants is a guy in her life, let alone two of them.

Her new lab partner, Sawyer Reed, is still the overconfident and sexy jock that made fun of her in high school. The only thing that has changed is that he now uses a wheelchair, the result of a skiing accident.
Jude Marino is a hot actor who all the girls want and would do anything to get. He works at a local theater where Maggie has been assigned to complete community services hours after rear-ending a police car.

Both Sawyer and Jude want Maggie but only one of them will be able to capture her heart.

“Looking for a lab partner?” I heard a voice say from behind. The voice sounded familiar but I couldn’t quite place it.

When I turned around, I was surprised to see Sawyer Reed staring at me. I hadn’t seen him since high school. He was a year older than me but I still knew who he was. Everyone in school knew Sawyer Reed. He was a popular jock who all the kids adored. He still had the same boyish good looks that I remembered so well. And the same sexy little grin that could light up any room. And the same killer green eyes that would drive girls wild. The only thing that was different, and it was really different, was that he was in a wheelchair.

It completely floored me.

I had the biggest crush on Sawyer Reed. I think every girl in our school did. It was hard not to. He could charm the pants off of any girl in a matter of minutes, and usually did, or so I heard. I wasn’t a girl that guys wanted to charm the pants off when I was in high school. I was awkward bordering on geeky. My mom called me a late bloomer.
And I definitely wasn’t on Sawyer’s radar…

Except when we were on the school bus. Every day when he passed by me on his way to the back of the bus, he’d call me Freaky Four Eyes. Not that I didn’t deserve the moniker. For some reason, when I was a teenager, I thought it was a good idea to wear Marilyn Monroe Cat Eye glasses. Not that I looked anything like Marilyn Monroe. In high school, I had frizzy brown hair and the body of a 12-year-old boy. I could have been called the antithesis of Marilyn Monroe, if there was such a thing. But I sure loved those glasses.

I didn’t think there was any way that Sawyer would remember me. I looked a lot different than I did in high school. I found product, so my long brown hair now fell into controlled waves and I wore contacts. I’d also filled out a little. I was still no Marilyn Monroe in the curves department but I had a decent
figure.

And why would he remember some younger girl he teased on the bus anyway?

Author Bio - Dakota Madison has been writing since she learned to read and fell in love with books. When she's not at her computer creating spicy new romances, Dakota is traveling to exotic locales or spending time with her husband and their bloodhounds.

Giveaway - During this tour, there will be a tour-wide giveaway for a $10 Amazon Gift Card.

Links - Get your copy of Community Service at Amazon and Smashwords
Posted by Vivienne Diane Neal at 1:00 AM

Thank you so much for hosting me on your blog!

I love the cover, it sounds like an interesting storyline