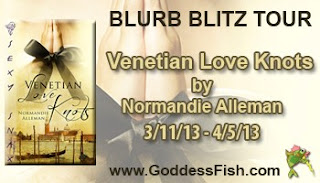 If there were another 5 hours in the day, Normandie would spend more time needle-pointing and playing with photography. Instead, she’s a Pinterest addict and sports junkie who’s crazy for Twitter and the color pink. 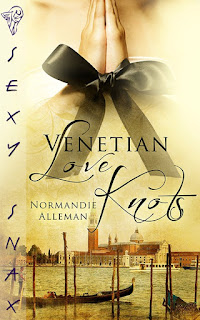 In , Allison Fox will find love in the arms of two men. Her past collides with her future in a battle for her heart. Which one will win?

Travelling to to be the maid of honour in her best friend’s wedding sounds like a great vacation, and a romantic way to spend Valentine’s Day. But when Allison Fox discovers who the best man is, she is torn between duty and self-preservation.

It has taken Allison four years to put her tumultuous relationship with the rodeo cowboy behind her after a violent incident ripped them apart. Now Allison must find a way to face her past and find closure with her old flame. But will she be able to put the past behind her?

Cole is the cowboy who has never got over his love for Allison. But when he declares his love for her after all this time, is she strong enough to walk away from the intense passion they share?

For years Nico, a handsome Italian, was committed to nothing but his work. Nico never expected he would meet an American beauty who would awaken in him a desire to love again. Once he finds her, Nico vows to never let Allison go.

It will be a Valentine’s Day to remember, but who will win Allison’s heart?

Allison held her plastic cup in a death grip as she absently rattled the ice cubes in it. She stared out of the bubble-shaped window on her flight to . The vodka had done little to calm her nerves. Neither People, Cosmo, nor Vogue had been any help distracting her. Allison’s mind was determined to go back to the one man who had caused her more pain and heartache than she had ever known. The man whom she would soon see for the first time in four years.

She bit her lip and shut her eyes tightly. Allison remembered the day her best friend Marcia had told her that she was getting married in the week of Valentine’s Day. Marcia had asked her to be her maid of honour and Allison had immediately jumped at the chance. She loved to travel, and she wanted to be there for Marcia.
A couple of weeks later, Allison had just walked into her apartment when she’d got a call from Marcia. “Allie, honey, it’s me, Marsh. Are you sitting down? I need you to sit down.”

Allison had set her groceries down on the floor and sat.

“Honey, Alfonso has gotten Cole to agree to be his best man,” she’d said.

Marcia’s announcement had been met with complete silence.

“Allison? You still there?” Marcia had asked.

Normandie will award a "Venetian Love Knots” gift pack which includes a Tote Bag and T-Shirt (winner's size) with the cover graphic and a $30 Amazon GC to a randomly drawn commenter during the tour (international giveaway.)
Posted by Vivienne Diane Neal at 1:00 AM

Thank you for hosting

Thanks for sharing the blurb and excerpt! Love Knots is sure to be a heart pounding read!

Thanks so much for hosting me today. I love your site. :)

Thanks Andra! I hope you enjoy it.

I like the idea of two guys wooing one woman, so that picked my interest first :)

Why are Italian men and exotic locations, like Venice, so appealing? I can sit here and day dream all day about the two!
catherinelee100 at gmail dot com

Glad it sounds good to you, Lyra!

I hear you, Catherine Lee. I've been thinking I need to write more stories with exciting locations.

Judging by the excerpts this will be a fun read.

What was the first story you have written and was it published?

THIS is actually my first full-length story. I am a debut author!

I have more in the works due out later this year.

I hope she ends up with the Italian. Loved the excerpt.

Ami, I didn't have to do much research for this book. I've been to Venice and whatever I couldn't remember I looked up online to jog my memory. But I plan to do some traveling to research on future books.

I'm trying to decide who I want to root for, Cole or Nico?

Hi Mary, that's a good question. I'm interested in who you choose.

Thanks again so much for having me over. It's been fun!

I love the cover! Personally, I'm rooting for the Italian! I love Italian men and their accents!