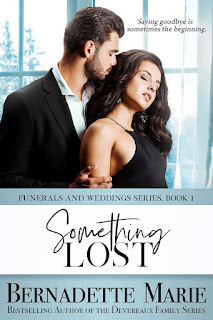 Saying goodbye is sometimes the beginning.

Craig Turner was Coach Diaz’s star player, back in the day. He was held in high regard, until he broke the rules and dated the coach’s daughter. Young and stupid, his affection for her lasted until graduation, and then it was time to face the real world--but his love for her would never leave him.

Rachel Diaz became who her father wanted her to be, a well educated, well traveled, successful woman, but she holds a well full of secrets from the outside world. As a high school therapist, she uses her past traumas to help others overcome their own.

When the Fabulous Five arrive at Coach Diaz’s funeral, to pay their respects, a rekindling happens between them all—and between Craig and Rachel.

Is Rachel woman enough to face her demons and is Craig man enough to accept them? Or will their encounter be as brief as the affair they had a decade ago, behind her father’s back?

She stopped as she struggled to whirl around. “Me?” She touched her chest with a dramatic flourish she didn’t know she possessed.

A powerful spotlight illuminated her; its heat burned her already flushed face.

She pressed a clammy palm to her chest. “How do you know my name?” The haze in her mind was paralyzing all cognitive function.

“My dear girl,” Santa chuckled, “you should know by now that Santa knows everything and everyone,” he tapped an index finger to his temple.

Santa Claus turned to address the waiting line. “Girls, Boys, Moms, Dads, everyone, if you don't mind waiting for a brief moment, I'd like for Olivia,” he pointed a white gloved finger at her, “to please come up here on stage, and tell me what she wants for Christmas.”

Oh no! What was she going to do? She couldn’t possibly go up onto that stage. She was far too shy to address a theater full of people.

But if she didn’t go that would be so unexciting and so like the old Olivia.

But she wasn't unexciting! She was the new Olivia, and she was exciting! And she wanted to have fun! Correction: She was determined to have fun. Besides, she’d never see these people—her fellow passengers—ever again.

Bestselling Author Bernadette Marie is known for building families readers want to be part of. Her series The Keller Family has graced bestseller charts since its release in 2011. Since then she has authored and published over thirty-five books. The married mother of five sons promises romances with a Happily Ever After always…and says she can write it because she lives it.

Obsessed with the art of writing and the business of publishing, chronic entrepreneur Bernadette Marie established her own publishing house, 5 Prince Publishing, in 2011 to bring her own work to market as well as offer an opportunity for fresh voices in fiction to find a home as well.

When not immersed in the writing/publishing world, Bernadette Marie and her husband are shuffling their five hockey playing boys around town to practices and games as well as running their family business. She is a lover of a good stout craft beer and might have an unhealthy addiction to chocolate.♥

It’s amazing quickly a romantic relationship can become stale when marriage vows are taken. It’s not that a couple no longer pines for the other, but life quickly will get in the way when a couple wakes each morning together. It’s imperative to remember what made the relationship spark in the beginning and bring that to the marriage. It won’t happen without thinking about it, especially with careers, in-laws, and eventually children mixed in. Here are five great tips to keeping that spark in a relationship, especially after marriage.

Though some of my tips might not seem romantic, knowing your partner thinks about you and appreciates you is key to keeping that romance in a marriage.

Bernadette Marie will be awarding a $25 Amazon/BN GC to a randomly drawn winner via Rafflecopter during the tour.

Thank you for having me today!