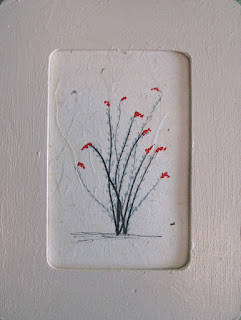 This post is part of a virtual book tour organized by Goddess Fish Promotions. C.J. Shane will be awarding his original artwork - an ink drawing of Ocotillo on handmade paper in a wooden frame ready to hang with hooks and wire. Size of frame: 6 1/2" by 8 1/2" (U.S. ONLY), via rafflecopter during the tour. Click on the tour banner to see the other stops on the tour. 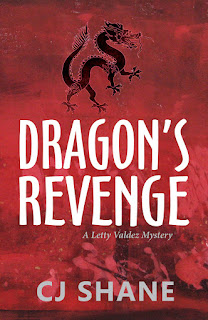 When Tucson private detective and Iraq War vet Letty Valdez is hired to investigate a murder, she immediately finds herself targeted by a violent criminal. To find the killer, Letty turns to an old memoir of life in late 19th century Tucson. Clues in the memoir, with its tale of love between two immigrants - one, an Italian widow, and the other, an exiled Chinese revolutionary - launch Letty on a suspense-filled struggle to find answers, to stop the murderer – and to stay alive!

Mama agreed to sing at the rededication of the cathedral. She considered this a great honor and a spiritual responsibility. She wanted to do well to show her respect and devotion. Because of this, she began practicing every week as she had time, even though the rededication was six months away. She liked to climb a ladder up onto the flat roof of our adobe house and sing there. I asked her once why she went up on the roof.

"It's the right place to talk to God and that's what I'm doing when I sing. Singing here helps me to be strong." Mama said. Mama was very religious. She talked to God a lot. She also talked to Jesus, the Virgin, and all the saints. Me, I never had much use for all that.

She was up on the roof one day when Drago came up the street with his cart. When Mama didn't appear at our front door, he entered the gate to the side yard hoping to find her at the outdoor ovens. It was then that she began singing. Drago moved into the yard and stepped away from the adobe wall so that he could see her on the roof.

Mama stood straight upright, her long skirts moving slightly in the breeze. Her hands were clasped in front of her. She took another deep breath and out came that glorious mezzo-soprano, full and textured, subtle, rich with emotions I was too young to identify but would later know, emotions like passion and longing. Tendrils of curly dark hair escaped from the knot on her neck. Her northern Italian skin, pale like a pearl, glowed in the sunlight, and her dark eyes sparkled. My mama was a beautiful woman and she sang like an angel.

Drago stood transfixed in our garden, his hands at his side, his head bent upward to watch her. He was utterly still, utterly silent. I know this because I was hiding high in the branches of a tall mesquite tree behind him where he couldn't see me. I was supposed to be doing my chores but I, too, liked to watch Mama when she was singing.

Drago stood for the longest time listening to Mama. I was watching Mama but when I looked at Drago, I saw that tears were running down his face.

I think that was the day that Drago fell in love with Mama, the day he first heard her sing.


C.J. Shane is a writer and visual artist in Arizona. In addition to her mystery fiction, she is the author of eight nonfiction books. Her first fiction book, _Desert Jade: A Letty Valdez Mystery_, (11-2017) is a finalist for Best Suspense-Thriller novel, New Mexico-Arizona Book Awards.


a Rafflecopter giveaway
Posted by Vivienne Diane Neal at 12:00 AM

Thank you so much for hosting me on your blog! One of my goals in writing this story was to describe the ethnic diversity and cultural richness of the Borderlands. A new Letty Valdez Mystery, Daemon Waters, will be out August 8.