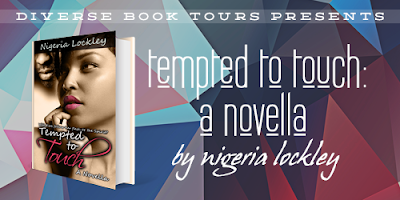 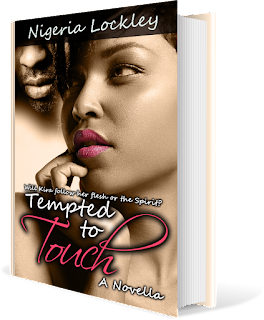 Kira Seagram is frustrated by her husband Mason’s zeal for the Lord, so she pours all of her attention into her work and reserves her soprano singing skills for the shower. Kira would rather not use them if she get can’t the adoration and recognition she feels she deserves and doubts she’ll find singing lead for Mason’s choir. When a routine drop off at her son, Nate’s private school turns into a ten-year reunion with her ex-boyfriend, Quincy McAdams, Kira isn’t interested in Mason's half-hearted affection or willing to keep her voice to herself. With a firm offer from to help Kira cut a demo and possibly revive the love they let die, Kira has some choices to make. When Kira finds herself tempted to touch will she remain faithful to her husband or yield to the desires of her flesh?

Nigeria Lockley possesses two Master's degrees, one in English Secondary Education, which she utilizes as an educator with the New York City Department of Education. Her second Master's degree is in Creative Writing. Born at Dawn is 's first published novel. serves as the Vice President of Bridges Family Services, a not-for-profit organization that assists student parents interested in pursuing a degree in higher education. She is also the deaconess and clerk for her spiritual home King of Kings and Lord of Lords, . is a native who resides in with her husband and two daughters. Join her online at www.NigeriaLockley.com

Why the Author Wrote Tempted to Touch

I just wanted to write this story that was in my head. A passion project. At least that was what I thought. About a month after I started writing Tempted… I kept hearing the protagonist’s voice directly—like she wanted to tell the story herself. But I didn’t want her to. I found myself fighting with the first person.

I share just about everything I do. I’m a reality t.v. star without a show. However, I do have a blog. When I found myself at a writing halt I voiced my struggle my blog, The Neophyte Author and tried to run away from the first person narrator even after my sister-author-friend, Unoma Nwankwor told me I could do it. The running stopped once I received a phone call from the one and only Michelle Stimpson—author, educator, and my unofficial mentor (I dubbed her my mentor in head, but that’s another story). She’s written over twenty books and more than half of them are in first person. Michelle was kind enough to walk me through her decision to write her first novel, Boaz Brown in first person. It was very natural and easy f her during that instance because she and the protagonist of Boaz Brown shared a lot of the same issues.

Instantly I knew why I no longer had a passion for my passion project. Kira was me and I was Kira. Married and in trouble. When I began Tempted to Touch my husband and I were in this awful and icky place that is usually filled with cussing and drink throwing on reality t.v. Since I’m Christian it was filled with a lot of “Satan I rebuke you” and “The devil is a liar”. I realized then that I would be writing my unhappiness. That wasn’t something I felt comfortable with at the same time I knew that Tempted to Touch was a story that needed to be told. Of course, to keep things on the up and up between my husband and I embellished a bit and gave the characters issues to fight about that were slightly different from ours. Regardless of the changes, I believe that I’ve found healing in certain areas of my marriage and I know that God will use this story to help other women find some healing in their marriage.