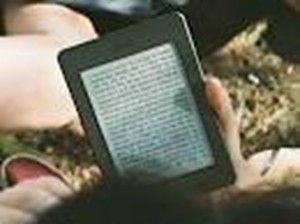 Whether you plan to take that long-awaited vacation or spend those days at home or at the beach, we have selected our favorite eclectic stories for those hot and humid days. These books will surely keep you cool while trying to decide how the narratives will end. So enjoy and stay cool.

Kiss My Lips by Stella Eromonsere-Ajanaku - Lorna Ibe and Logan Blake are planning to get married but interferences from a few family members and an unexpected incident may prevent the couple from tying the knot.

My Heart In Seoul by Sydney Arrison - Jasmine Sinclair is a strong-willed journalist who is engaged to a actor, but his indiscretions create a scandal, leaving Jasmine washing her hands of all men until she travels to and meets Wen Hon.

Meet Me Under The Lavender Sky by Sydney Arrison - The sequel to My Heart In Seoul, where the saga continues with Wen and Jasmine.

Walking Dead by Gregg Rucka - Atticus Kodiak is an ex-bodyguard with a past. When his next door neighbors are slaughtered, and the crime is classified as a murder/suicide, the plot evolves into a cat and mouse crime story.

The Vulture by Gil Scott-Heron - During the ‘60s, a murder takes place on lower , where the allure of making quick and easy money is notably visible.

Othello’s Brother by Jerry McGill - Vernon Landry, a janitor in a high school, decides to seek retribution by eradicating those who committed past injustices.

Shaman: The Awakening by VR McCoy - Christian Sands works as a consultant with the FBI and possesses a special gift. Agent Dianna Samboro also has a special talent, which makes for a sensual romance story, murder and suspense.

Doors Open by Ian Rankin - A crime story, with a touch of wit, deception, thievery, forgery, betrayal, greed, and manipulation.

Rose Gold by Walter Mosley - Set during the Patty Hearst era of the Black power movement, social unrests, and anti-war rallies, Easy Rawlins is asked by the police to find a missing college student, who may have been kidnapped by a revolutionary faction.

Burn by James Patterson - There may be a connection between the cop’s death and a gruesome murder committed in an abandoned building.

Cross My Heart by James Patterson - A psychological thriller with Alex Cross and his family, being targeted by a demented couple.

Deception in Plain Sight by Vivienne Diane Neal - A wealthy young woman falls for a charming man who is not what he appears to be.

The Good House by Tananarive Due - Angela Toussaint claims her grandmother’s house, which the residents believe has healing powers.

Madam President by Jerry Beller - A political thriller centering on the White House and the re-election of Kalinda Resbo, the first African American female President.

The Genesis Files by Gwen Richardson - Lloyd Palmer is a journalist who is not valued or respected at a major newspaper until a scandalous crime occurs.

Murder in Grub Street by Bruce Alexander - A fictional crime story that begins with the brutal murder of a book publisher and his entire family in during the mid-18th century.

A Daughter’s Rage by Ronald Gordon - A paranormal thriller where a maintenance man is drawn into the supernatural world when he is approached by a dead teen to kill her parents.

The Man in 3B by Carl Weber - Detective Dan Thomas and his partner, Keisha Anderson are investigating the ghastly murder of an admired neighbor. The movie version will be released on November 5, 2015.


If you enjoy reading fictional crime stories, where authors, publishers and readers come together and share news on writings and books with a touch of lust, betrayal, scandal, deception, sex, fraud, revenge, and all that good stuff, which make for a page turning, plot twisting, and surprise ending that will have people saying, “I didn’t see that coming,” then like and follow us on Facebook
Posted by Vivienne Diane Neal at 1:00 AM