When a Loan Becomes a Gift: Playing the Romance Card by Vivienne Diane Neal 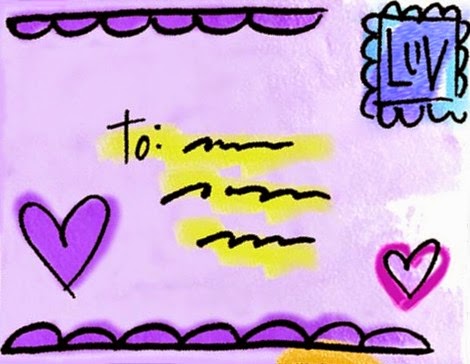 Unmarried couples who are into a serious relationship have a tendency to give each other money. When they go out on a date, it is usually determined who will pick up the tab. When birthdays come along, sometimes jewelry or money is the gift of choice.  As holidays approach, big ticket items may be exchanged. The practice of giving, without any strings attached, is called a gift, which is defined as a present or something that is bestowed to an individual, usually to give pleasure or to show gratitude. You give a gift to someone because you’re head-over-heels with that person, or you wish to show how thankful you are to have that man or woman in your life.

For one reason or another, men and women do lend money to each other, whether they are lovers, friends, acquaintances or associates. But what happens when a person decides to lend money to his or her lover? Too often when an individual borrows money from a significant other, everything is hunky dory. Love is blind, and each person is madly in love with each other. Promises are made to repay the loan. Both people are going about their daily lives, until one day the relationship has hit a sour note, and it’s over. All of a sudden, the loan becomes a gift, because the borrower was romantically involved with the lender during the time the debt was incurred.

Then you have the man or woman who doesn’t have a clue as to the type of relationship they have. The couple may work in the same environment, flirt with one another and meet often after work for a drink or dinner. The man always picks up the tab and before you know it, she is borrowing money from him. When it’s time for the gentleman to collect his money, her excuse for not paying him back was that he was interested in her romantically, and the money was actually a gift and not a loan.

Playing the romance card to avoid repaying an obligation may not cut it, especially if you end up being sued in Small Claims Court. Whether money given during a romantic relationship is a loan or a gift can be very vague. The plaintiff must prove that the money given was a loan, while the defendant will argue that the money received was a gift. In most cases, the judge presiding over the case will have to make the final ruling, which may favor the plaintiff or the defendant.

If you are in a romantic relationship, don’t be a borrower or a lender. If you do lend money to someone, and you truly want that money back, have that person sign a promissory note as the borrower along with your signature as the lender and the date the loan must be paid back. This is a legally binding contract. Never rely on verbal promises, because during the heat of passion, an individual will make all sorts of assurances that the money will be repaid. But once the courtship is over, there is the likelihood that you will never see your money.

On the other hand, don’t give money enclosed in a greeting card that reads hope you love this $500.00 gift; buy something nice for yourself and than months later when your mate leaves you, you decide to take him or her to court and complain that the cash you gave was a loan. Remember, many people do hold on to those greeting cards!
Posted by Vivienne Diane Neal at 12:00 AM