Christine Bailey, a naïve young woman of wealth and privilege, falls for and marries Awesome Petté, a charming man who is not what he appears to be. By using romance, lust and sex, he will worm his way into her life, ruin her financially, and destroy her parents’ billion dollar empire that has been in the family for over four generations. 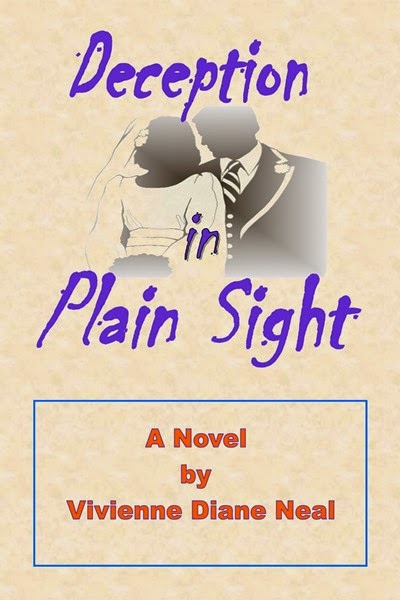 Awesome Petté and Christine Bailey were destined to meet. Both of their families were successful. Although, her family was more prosperous than his was. His family could not hold a candle in their world. Old money carried more standing than some Johnny-come-lately, which was what the Pettés were, arriving too late to the billionaires’ ball.
The community center, where Christine worked, provided preparation and assistance to people who wanted to start their own venture or make improvements on an existing business. Volunteering her expertise in this area was one way to give back to the community.
Her parents would say, “It is your duty to help those who are less fortunate than you are.” Whether it was out of guilt for having so much given to her or just being altruistic, Christine would become a non-paying consultant to potential or current entrepreneurs at the center.
When she first walked into the classroom, a feeling of ecstasy took control of her body. She could not comprehend why these emotions were starting to overpower her. She was never one to allow anything or anyone to distract her from her work.
What is going on here? Christine asked herself. What is happening to me? My panties are moist; my nipples are hard. I had better start meditating before I end up embarrassing myself. Finally, those feel-good sensations subsided.
Scanning the room, she took a deep breath and introduced herself. “Good morning, ladies and gentlemen. My name is Ms. Christine Bailey, but you may call me Christine.” She had to pause for a second. “I will be your instructor for the next twelve weeks. Before we begin, please, introduce yourself. Tell me why you are here; what do you hope to get out of this course, and what are your plans for the future.”
There were eight students taking the course. Each person gave some information about him or herself.
“I would like to open a daycare center.”
“My intention is to start a tech company.”
“Opening a clothing store has always been a dream of mine.”
“We can always use more eating establishments in our community.”
“I am very good at styling hair. My goal is to open a hair salon.”
Suddenly, a voice interjected. “Hello, Christine. My name is Awesome Petté. I am taking this course because I plan to become a millionaire before age thirty.”
Christine was in a state of amusement. “Mr. Petté, are you trying to be funny? Did someone say you were awesome, and you could not take a joke?” Everyone roared with laughter.
“No! I am not attempting to be a comedian. My first name is Awesome. If you check your roster, you will see. My parents bestowed that name to me for reasons I do not wish to discuss. Perhaps, over dinner, I can tell you why they gave me that name,” he responded, gazing at her vertically.
By now, some of the students were beginning to dislike his attitude and saw him as an arrogant little man and a butt kisser.  If Christine had those same thoughts, no one in the classroom would ever know, because Awesome Petté had her completely under his control.
She now understood why those hidden sentiments exploded inside of her when she walked into that classroom. That fine-looking hunk was transmitting telepathic vibrations to me. Lord, deliver me from temptation.
While talking, Christine had trouble concentrating. She was fumbling over her words. At times, she was repeating herself. Students were beginning to notice her eyeballs fixated on Awesome. It was as though no one else was in that room but the two of them.
The class was supposed to meet for two hours, but Christine decided to end the lecture after sixty minutes. Everyone got the message: Awesome Petté was going to be her little pet.

Christine finished her business in D.C. earlier than she had anticipated and returned home a week earlier. It was Friday evening when she walked into the house. She was ready to jump into Awesome’s arms and make love to him, but he was not home.
She went upstairs, unpacked, showered and got into her new sexy lingerie, which she purchased at an upscale boutique; she went straight to bed and waited for him.
Suddenly, the home phone rang. “You are in great danger,” the caller said.
“Who is this?” There was silence on the other end. Ten minutes later, the phone rang again. “Hello.”
“Awesome Petté is a deceitful person; he will break your heart.”
“Why do you keep calling?” There was a click. At first, Christine thought it was her mother but remembered she never gave her the home phone number.
Even if her mother knew where they lived and looked up the number in the telephone book or called directory assistance, it would be futile, because the number was unlisted.
It was probably a prankster, Christine thought.
The landline phone was old school; there was no way the caller’s number would show. There was no redial button, so Christine would never know who made that call.
It was after eight when Awesome arrived home. He went up to the bedroom and could not believe his eyes.
“It’s good to see you. I thought you were coming home next week.”
Good thing I did not have a woman with me, he thought.
“My work with the client finished ahead of schedule. The company loved my presentation and did not see the need for me to stay any longer. Besides, I missed you; come to momma.”
This woman is going to be the death of me, he thought.
“I missed you too. Give me a couple of minutes to get myself together.” Knocking boots was the last thing on his mind. He took a shower and returned all dried.
“Oh, baby, you should have let the water run down on your searing body. It turns me on,” she purred.
“If you like, I can go back and shower my body with warm water and return dripping wet.”
“Stop it and do me as though we are participating in a lovemaking marathon.”
“Yes, your highness; now open wide.” He surged inside of her, releasing hot lava throughout her sensuous channel.
“Sweetie, you are outdoing yourself.”
“Thank you, ma’am, I am here to please you.” They stimulated each other for several hours until they both fell asleep.