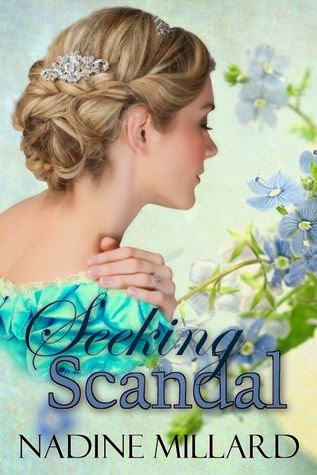 Two years ago, Caroline Carrington had made the biggest mistake of her life; she had rejected the man she loved.

Now, she was back in London and ready to find a husband.

But first, before proper Caroline did exactly what was expected of her, she wanted a little scandal, something to remember during her life as a perfect society wife. Not enough to ruin her, but enough to make her feel alive.

Who then is better placed to help her with her quest than Tom Crawdon, the man whose mere presence still had the power to weaken her knees, and her heart?

Tom had promised himself that he would never allow another woman to get under his skin the way Caroline Carrington had. He had returned to London intent on forgetting her and moving on with his life.

Forgetting her however, would have been a lot easier had she not arrived in London at the same time as he had.
What was worse, she seemed to be on a mission to shake off her good girl reputation. And who better to help her than a notorious rake like him?

But could he help her while still protecting her unblemished reputation? And what happened if she snuck her way right back into his heart? 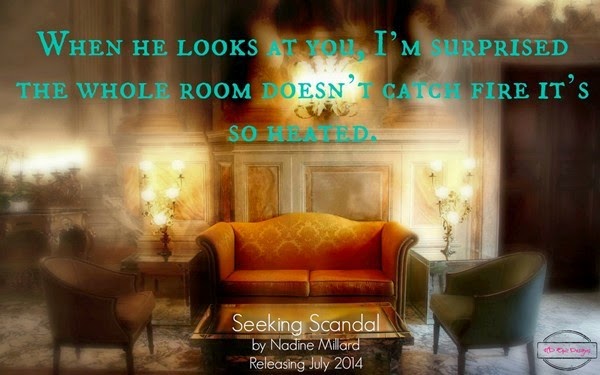 
Especially someone he l- cared for.
A sound drew his attention and he turned to see Caroline trying to get herself back onto Fortuna.
No doubt she was trying to storm away. But since Fortuna was far too large for Caroline to be able to reach the stirrups alone, all she had managed to achieve was to be halfway up the horse, with one foot in the stirrup and the other dangling uselessly as her arms clearly did not have the strength to continue pulling.
“Er – what exactly are you doing?” he asked politely.
“Minding my own business,” she snapped back, “you should try it.”
Ah, she was still upset.
He didn’t think he’d ever seen her in a rage before. It was most amusing.
“Let me help you”, he tried again.
With a huff, she gave up on the frankly impossible task of mounting her horse alone.
She whipped round to face him, her face red from the exertion of scaling a horse, her eyes flashing fire.
“Oh, now you want to help?” she drawled sarcastically. “Well, no thank you. You have made your feelings on helping me perfectly clear.”
Tom felt his temper rise to match her own.
“I cannot believe that you are angry with me for trying to preserve your reputation.”
“Hang my reputation”, she shouted now.
“Hang it, indeed. You forget I know you Caroline and I know that you may speak as if you do not care but I was there the night you decided that your reputation was more important to you than anything else in the world, remember?”
His outburst brought an abrupt stop to her ranting and there was a deadly silence between them both.
He had thought that his words had taken the sting out of her mood? That she would apologise and say that he was right?
He watched as she bowed her golden head and waited for her to lift it again, to see her eyes filled with contrition.
Lift her head she did, but her eyes were glinting with determination now. Not contrition.
He was immediately suspicious.
“I have told you before, I am well aware of what I did two years ago. And what it cost me”.
His heart slammed at her words. Was she saying that she regretted it? That she felt she had lost him?
When all it would take was a word from her?
Before he could speak, however, she continued.
“I am prepared to live with the choices I have made. And live with them I will. I will become everything I thought I wanted to be and I will do so with good grace, as all ladies do.”
She sounded now much more like the Caroline of old and he felt a certain relief at it. This new Caroline kept him constantly wrong-footed and it wasn’t a feeling he liked.
“However”, she continued, a hard edge to her voice now, “I am still absolutely determined to enjoy a little scandal before that happens. And if you won’t help me I will find someone who will.”
A rage such as Tom had rarely felt burst through him at her words. The thoughts of her kissing another man as she had been kissing him just moments before were enough to make him want to hit something.
“Like hell you will”, he growled.
She raised a disdainful brow.
“And who will stop me?”
She was goading him. He knew it. He knew that he should not rise to it. Knew that she was probably calling his bluff.
And yet…
What if she were true to her word? What if she meant to give another man her smiles, her laughs, her kisses?
He’d be damned to hell before he allowed that to happen.
Looking her dead in the eye, he reached out and grabbed her to him.
Her eyes widened but rather than fear, they held unbridled passion and excitement. And it was his undoing.
“Me”, he finally answered before once again crushing her lips beneath his own. 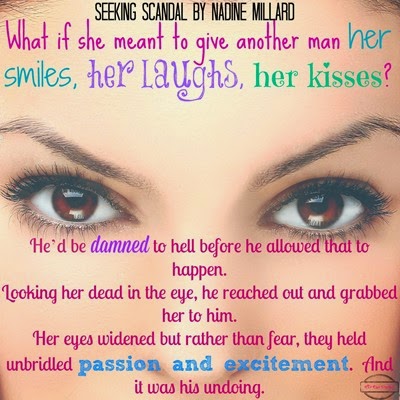 Caroline was bored, and decided to take yet another walk in the gardens.
Her stroll took her around to the front of the house and she was surprised to see the arrival of a lone rider to the front of the house.
Her brow creased in confusion. As far as she knew, Tom wasn’t expecting his guests for another day or two.
Her attention was caught by the arrival of another two riders coming up the long driveway. She dearly hoped it was Tom to greet his guest.
Unsure as to whether she should greet the stranger or disappear until someone else arrived, she watched as he dismounted and made his way to the front door.
His gait was very familiar. So too was his dark hair.
Caroline stepped closer and then gasped in surprise.
It was Charles!
“Charles”, she called and ran toward him.
Her brother turned at her shout, and he grinned as Caroline ran up the steps.
“Hello, Caro” he said in his deep voice before he pulled her into a hug that pulled her from her feet.
Charles had always towered over her and he made Rebecca look positively tiny.
“What are you doing here?” she asked now, completely forgetting about the imminent arrival of the other riders in her excitement.
“I came to Town and was told by Edward’s servants that you were all here. I was sure his cousin would not mind if I paid a visit, since I came to see my family and my entire family are here.”
Caroline smiled widely.
“No I am sure he would not mind, he is a very generous man.”
Charles eyes, identical to Caroline’s icy blue, narrowed slightly at her warm praise but he did not comment, instead pulling her toward him in another hug.
“You look very well, Caro. It seems England is agreeing with you.”
Caroline made to answer but did not get the chance as she was suddenly pulled roughly from Charles’ grip.
She looked up in confusion and was surprised and horrified to see Tom, looking murderous, push her gently away from Charles before throwing his fist and landing a fierce blow right onto Charles’ cheek.
“Tom” she screamed now, “what are you doing?”
“Getting this lecherous brute’s paws off you”, he snarled and made to move forward again.
“Stop it”, she screamed again, pulling out of his arm with all her mite. “He’s my brother”.
Tom stopped mid-step and turned to look at her.
“Your brother?” he asked slowly, his breathing harsh.
“Yes, my brother” she shouted back, furious with him.
“Ah, so it is. Hello Charles, nice to see you again.”
Caroline’s jaw dropped at Edward’s nonchalance.
Charles grinned at Edward, seemingly as unfazed as the other man.
“Edward, nice to see you too”, he said as the two men shook hands.
Caroline felt as though she had slipped into a surreal dream, or nightmare rather.
Charles turned back to face Tom and eyed him closely.
“You must be Tom Crawdon. Sorry to drop in unexpected, though it would appear I’ve had my comeuppance” he grinned ruefully, rubbing his cheek and extending his other hand.
“My apologies”, said Tom now grasping Charles’ offered hand, “I thought –“
“You thought some stranger was manhandling my sister. Believe me, I am well pleased to have someone take such good care of her. You must really care about your guests.”
The two gentlemen shared a look that Caroline, still in a state of shock, did not even try to decipher.
Tom broke the brief silence.
“Please, come into the house and we will have someone look at your cheek.”
“It’s nothing that a glass of brandy won’t fix”, Charles said jovially.
The door had opened as this bizarre little exchange was going on and Edward stepped through, handing his hat to a waiting footman.
Both Tom and Charles turned back holding a hand out to Caroline then glancing at each other; Charles’ face once again shrewd and questioning, Tom’s trying and failing to look innocent.
Caroline stared at them both, completely overset by what had just occurred then shook her head and stomped into the house without either of their assistance.
She wished Rebecca and the dowager were here. She’d even take Mrs. Colson at this point.
In the space of a few moments, she’d seen Charles, watched as he was almost knocked clear out by Tom and then listened to them bonding and talking about brandy of all things.
Her head began to ache. And in the midst of it all was the horrible realisation that now whatever chance she and Tom had of being together had been completely obliterated by the arrival of her older and overprotective big brother.
Posted by Vivienne Diane Neal at 1:00 AM