Sharea Harris was raised in where she was introduced to poetry, arts and writing; and now resides in . She began writing her first novel “Betrayal” at the age of 19 and published it in 2010; since then she has published two poetry collections, and is working with a publisher on her next novel entitled “Identity Theft”. She believes in variety and diversity, and you can see this in her works. She never bores with the same subject but challenges her talent and reaches higher with each idea. She is now putting the finishing touches of her first Erotica collection of short stories entitled “Office Secrets”.

Since her move to , she has expanded her talents in visual and performing arts. Producing her first stage play at the African American Cultural Center in 2004 “Confrontation”, and went on to produce her second stage play “Games” in 2012. Between writing and putting on stage plays Sharea has also produced poetry contests, MC Battles and her live sketch comedy series entitled “Skitz,” at venues in Charlotte and Monroe, NC including but not limited to “The Neighborhood Theater”, The CAST Theater; The Rendezvous Lounge, Upscale Lounge, and The Venue.

Sharea continues to write research and explore new ideas to further her writing career. She has completed her first screenplay entitled “What You Don’t Know,” and plans to shoot it in the near future adding another notch to her belt.

Here is a synopsis of her upcoming book, Identity Theft 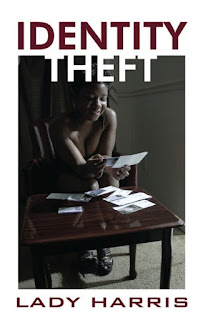 She lurks behind smiles and friendly gestures, seeking angles and loopholes. She's clothed in insecurities and misery; but you'd never suspect a thing. She's intentionally watching your every move. She knows you better than you think. While she laughs with you she jots down everything; with her photographic memory. She slides right between conversations baiting, faking and gaining access to all aspects of your life. She is plotting, watching, learning and becoming. Soon you'll see when someone steals your IDENTITY.