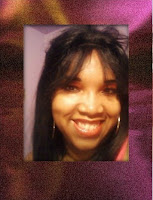 Stacy-Deanne (Dee-Anne) is an award-winning crime/mystery and interracial romance novelist. Her work has appeared in magazines such as Billboard Magazine, Blackbeat Magazine and Disilgold Soul Magazine. In 2006, she was profiled in Heather Covington's "Literary Divas: The Top 100+ African-American Women in Writing". The book was nominated for an NAACP award.
Check out her other two page-turning novels:
Everlasting (Simon and Schuster 2007) centers on two intelligent and worldly Latino teens who fight to be together despite the fact that there families are connected to rival street gangs.
Melody (Simon and Schuster 2008) is a crime/mystery & interracial romance story about a young woman who fights to prove that her sister's new boyfriend is not who he seems to be while protecting her best friend from becoming the latest victim of a serial rapist. Melody was voted one of MyShelf.com's Top Ten Reads of 2008.
Stacy will release her fourth book, "Giving Up the Ghost", the first installment of her crime/mystery and interracial romance series in 2011 with Peace in the Storm Publishing.
Sites to Visit: 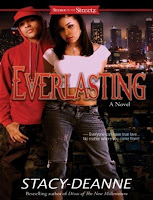