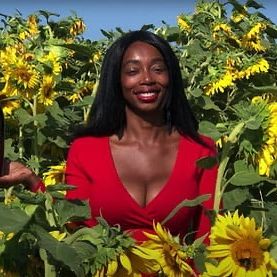 Eunice Chiweshe Goldstein is a deep thinker because as ’s first Black woman who owns a winery and as a winemaker, she has a lot to envision. There are the daily challenges of running a business. There are also the struggles people like her face in the industry, where historically a lack of diversity has led to a lack of role models from similar backgrounds.

‘Purpose Wines’ was launched in 2018. Eunice Chiweshe Goldstein Winery opened its first tasting room in the small town of , in 2019. The winery focuses on wine from the , and each month, a portion of the sales is donated to different charitable causes. 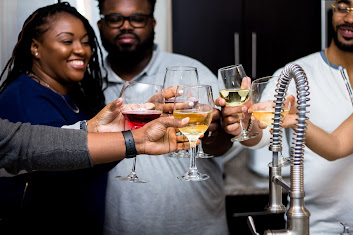 Goldstein grew up splitting time between her home in the and her grandparents’ farm in . Her grandfather brewed beer while her grandmother had a passion for drinking and sharing wine. She saw firsthand the way beer and wine opened up conversations and brought people together. It left a profound impression on her.

Although she went to the UCLA School of Theater, Film, and Television and graduated with a degree in filmmaking, there was never any doubt in her mind that, someday, she would create something linked to wine. After all, she says, “Francis Ford Coppola, who is UCLA film school alum, had successfully pursued careers in both industries. If he could do it, she could, too.”

This unwavering belief in her is one of Goldstein’s defining uniqueness. However, it is her belief in humanity that sets her apart, both as a person and as a winery proprietor. She believes we can all do better and will do better, for each other as well as the earth. This hopefulness and the sense of responsibility that comes with it shines through with Eunice Chiweshe Goldstein Winery labels like Black Lives Matter Pinot Noir, marked by wisplike letters spelling “I can’t breathe” in the shape of a cross inspired by the murder of George Floyd. Goldstein says she incorporated the cross on the label to reflect the fact that George Floyd was a human being who did not deserve to lose his life.

Goldstein believes that one of the key lessons of being on this planet is that we have to take care of each other. We have to do better. She is a big fan of Paul Newman and all the charity work he did through his food brand. She would love to do something like that so she can continue to help people, because as she says, “At the end of the day, we cannot take it with us. The Egyptians tried it and it did not work.” For more information on her winery and wines, please, click here.