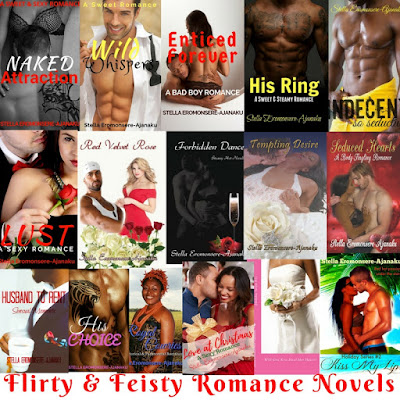 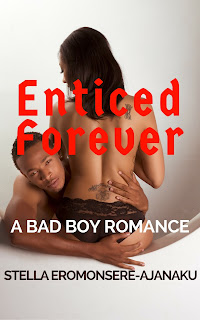 “I can’t move on. She has everything I never knew I wanted in a woman.” – Theo Galanos

Millionaire bad boy, Theo Galanos has two things worked out. Women want anything money can buy. And he has no problems keeping them sweet as long as his heart is not involved. But when he hits a car and sends it spinning off the road, he meets Aize, an attractive woman in a figure-hugging dress who wants nothing he has to offer. Nothing prepares him for the body-popping tension which grips his chest and nearly sweeps him off his feet.

Aize must find the President of Galanos Holdings, get him to approve the all-important contract if she must secure the promotion she wants. But the mysterious man, rumoured to be Hampshire’s bad boy is hard to catch. When her car is bumped off the road and she opens her eyes on a hospital bed, the exotic-speaking and muscular man staring down at her sends shockwaves through her cleavage.

Faced with the sexy man who only gives a woman what money can buy, Aize is torn between giving up on her promotion and allowing her heart sway her head. Will Theo let go of his selfish desire?

~ From the Author of Naked Attraction:
A Sweet & Sexy Romance ~ 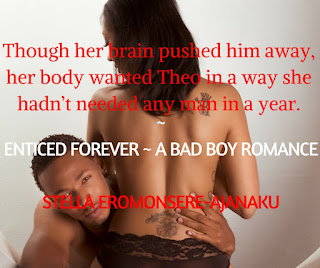 Aize raised her eyebrows at the insane assumption she would even consider going anywhere with Theo – a man she had just met.

‘You will be in good hands,’ the doctor carried on. ‘Theo has assured me he will drive you home and make sure you follow my advice. I understand your car is quite a wreck at the moment.’ Doctor Garrick emphasized the word, wreck as if she needed a reminder. At least she was not dead, a damaged car could be replaced.

Narrowing her eyes at Theo, Aize whispered, ‘Are you a doctor or a nurse? And why do you think I’ll go anywhere with you? I could always take a taxi.’ But the idea of getting into a taxi in her condition made her want to puke.

Shaking his head with his brow furrowed, Theo spoke gently in her ear. ‘Although I’m neither a doctor nor a nurse, there’s nothing a week’s rest, good food and tender loving care can’t put right in your situation. I will look after you if you’ll allow me.’

Theo’s heated breath blew her skin hot and her body trembled. Not to mention his vibrating voice in her ear. Pressing her lips to keep from moaning out loud, Aize nodded. There was no point exchanging words with this man, he just did not give up.

‘Okay, you win,’ she conceded just to get Theo off her back.

Her self-imposed caregiver for the next week stretched to his full height and shook hands with Doctor Garrick. ‘Thank you, Doc for all your help.’

Theo’s grin, which was not even aimed at her, left a honey feeling inside her stomach.

As soon as Doctor Garrick left the room, silence took control, heightening the slowly building tension between Theo and Aize.

To ease the edgy moment, she looked up at him, and he winked at her with a cute grin on his lips. Again, she lowered her lashes, but not before a small chuckle raced out of her mouth.

One would think they were flirting, but Aize was doing no such thing. At least that was what she believed. 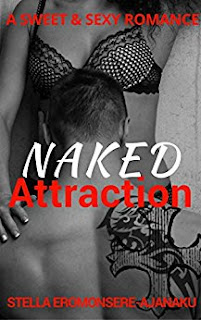 “As long as you lock me up in the same cell as you, I’ll be happy to spend a long time behind bars without complaining.” ~ Mofe.

Replaying her hip-wriggling dance steps in his head, Mofe is on the trail of a dancer he saw in a beach club in . No one seems to recall who she is, not even the beach club owner. But he has her picture on his phone. When he walks into the city’s courtroom and sets eyes on the female District Judge presiding over his brother’s case, he knows he has found the elusive dancer. Whether or not his brother receives a jail sentence is in her hands.

Caring for her little sister takes up most of Ronke’s free time, but she knows how to juggle work with having a good time abroad dancing on bar tables. The moment Ronke locks gaze with the dark, gorgeous man with rippling muscles and tattooed arms, a dangerous attraction sizzles inside her. With no plans to forgo her current no-strings secret affair, she disappears without a trace, hoping never to see the stranger again. But when he walks into her courtroom, her stomach walls tighten and she can barely breathe.

Can Mofe convince a woman who holds the key to his brother’s future to date him? And will Ronke deny her attraction to protect her reputation?

~ From the Author of His Ring ~ A Sweet & Steamy Romance ~ 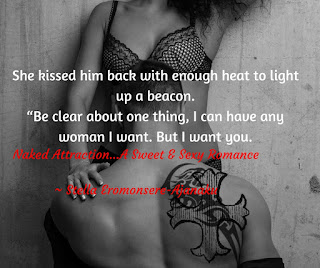 “The question is why would a magistrate judge be spotted dancing on a bar table in nothing but a bra and thong in one of ’s beach clubs? And then appear serious on Monday morning in a courtroom wearing a wig and black gown?” While he waited for her answer, he took a passing look around her chambers.

Thick, leather-bound books graced wooden shelves on every side, but the room was immaculate and clean. Grey carpets complimented the beige upper walls.

The gold and black name plaque on the desk indicated her name was District Judge Ronke Oni.

“What I do with my time is none of your business,” Ronke snapped as she swivelled around. But a sly grin wired her full lips as she got up on her feet.

Gone was the dark gown. And so was the funny wig. Now, her silky white ruffled top fell wide open, enough for him to see the swell of her cleavage.

Peeling his eyes away from her chest was not easy, but he tried. With the black skirt suit plastered around her body so tight, she looked like a bomb waiting to explode.

Electric currents flashed through his body and he laughed to quench the upsurge.

Up close, she looked a little older than he’d thought, still, she was a raving beauty.

“And what was it you wanted from the dancer?” Ronke asked with her arms folded beneath her busts, pushing her breasts further out of her top.

And for a fleeting second, he wondered if she wedged her full breasts with a lacy bra.

With her butt perched against her curved walnut desk and her legs crossed at the ankle, she looked like a sexy model about to strip off her clothes for the camera.

And as long as he was the photographer, they would have an album of perfect shots.

“Since you took the trouble to trace me down here...” she started.

Just so you know, I'm a romantic freak, mother of two fun - loving teenagers, married to my gorgeous husband and we live in London, UK. If my teens had their way, they would fill our home with a dozen pets. Swimming on my back like a star-fish is one of my skills.

My stories are dotted with unexpected twists and are set in fascinating Africa, enticing Europe and enchanting America. An emotional spin is what you get when you read my books. Please write or connect with me on social media. I love hearing from you. https://www.amazon.com/Stella-Eromonsere-Ajanaku/e/B004LXE09E/

Connect with Stella on Social Media

All Flirty & Feisty Romance Novels are available on: 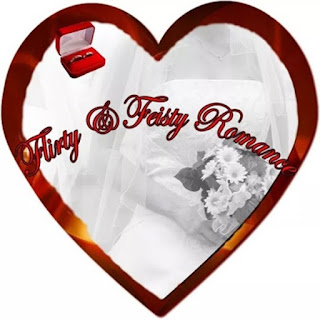 Our promise...is to deliver an intensely emotional experience you'll never forget.
Posted by Vivienne Diane Neal at 1:00 AM