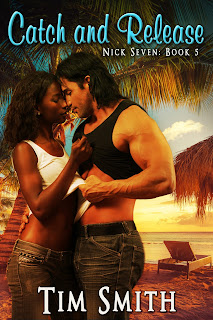 “Former CIA spies Nick Seven and Felicia Hagens decided to take a break from the Florida Keys to enjoy the white sands and cool waters of Virginia Beach. Their relaxation comes to an abrupt halt when Felicia recognizes the notorious Russian criminal named Festov. But Felicia killed Festov six years earlier in Amsterdam—or so she thought. This unexpected appearance reveals a terrifying conspiracy with global implications. Is it really Festov or someone made up to look like him? Can Felicia and Nick stop Festov and his partners before they hatch their deadly plan?”